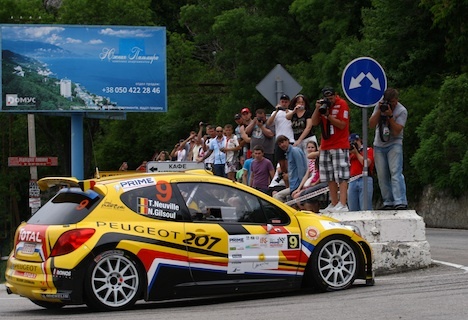 The route of the 41st Barum Czech Rally Zlín, round seven of the 2011 Intercontinental Rally Challenge, will feature 15 special stages over a competitive distance of 248 kilometres, organisers have confirmed.

Following the ceremonial start in front of Zlín city hall at 17:00hrs local time on Friday 26 August, the action will begin with the traditional night time superspecial stage through the streets of the host city with the crews tackling three laps of the course in reverse running order from 21:15hrs.

Saturday’s itinerary will include four special stages – Biskupice, Pindula, Trojak and Semetin – run twice. Although the stage names are familiar to Rally Zlín regulars, the route has undergone significant changes since 2010 with stages either being run in an opposite direction or featuring new sections.

The first car is due to cross the finishing ramp in front of the Big Cinem in Zlín at 15:17hrs on Sunday 28 August.