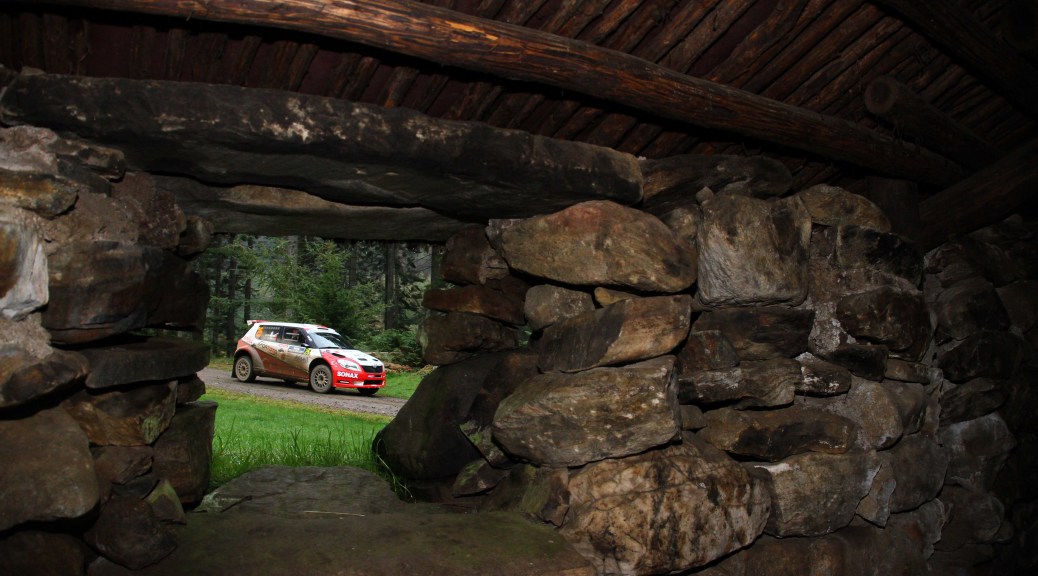 The fight for the rally lead continues with four stages of the event to run. An all-out push is expected from Hanninen, while Mikkelsen tries to regain his composure.

Craig Breen (Ford Fiesta S2000) lost time when the engine in his M-Sport Ford Fiesta S2000 dropped on to three cylinders. “The engine is not on full cylinders, I hope we can fix it,” said the Irishman, who has moved up to fourth overall following Patrik Sandell’s (Skoda Fabia S2000) retirement at the end of SS10.

Harry Hunt was another driver to hit trouble on SS11 when he slid into a ditch six kilometres from the stage start and got stuck. Although his car was undamaged, the defending IRC 2WD Cup champion and co-driver Robbie Durant were unable to regain the road. As a result Honda Civic Type R driver Martin Kangur has a clear lead in the two-wheel-drive category over Jean-Michel Raoux.

An electrical problem ended the Swede PG Andersson’s (Proton Satria Neo S2000) challenge on the RACMSA Rally of Scotland while he was running in 12th overall.