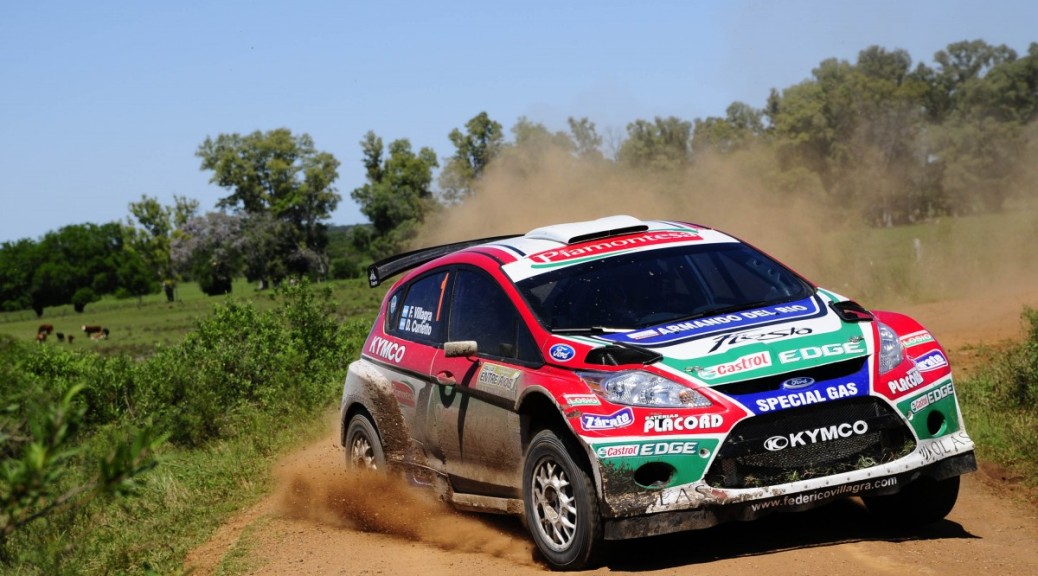 Federico Villagra clinched his sixth victory in a row this past weekend in Rally de Entre Rios to give himself another step clear of the rest of the field in his bid to claim his tenth Argentine Rally Championship title, the first onboard a Ford Fiesta Maxi Rally.

“El Coyote” had to fight hard to beat Alejandro Cancio (Peugeot) and Juan Gil De Marchi (Chevrolet) in a tight definition which was decided by 7sec after 14 stages and more than 160 competitive kilometres.

Cancio struck first after ending the first leg topping the overall classification with a 8.6sec difference over Villagra, but while he was favoured on the first day coming behind on the road he found himself in trouble while sweeping the surface on Sunday’s stages.

Early on the second leg Villagra took the command, but a central differential issue prevent him from earning more space over Cancio. On the other hand, Gil De Marchi made an incredible comeback from seventh to third place and still had the speed to fight for another position.

Villagra and Cancio came to the last stage with chances to claim the victory, but in the final chapter Villagra arose as the hero of the weekend after beating Cancio by 3.2secs, whereas Gil De Marchi took the stage victory to miss the second place by just one tenth of second.

Thanks to this win Villagra was ab le to extend the gap over his teammate Juan Marchetto (Ford) -who finished 12th overall- to 111points when there are 122.5 units on the table. “Coyote” could be sealing a new title in the next round which will be held in General Madariaga on 25 – 27 October.