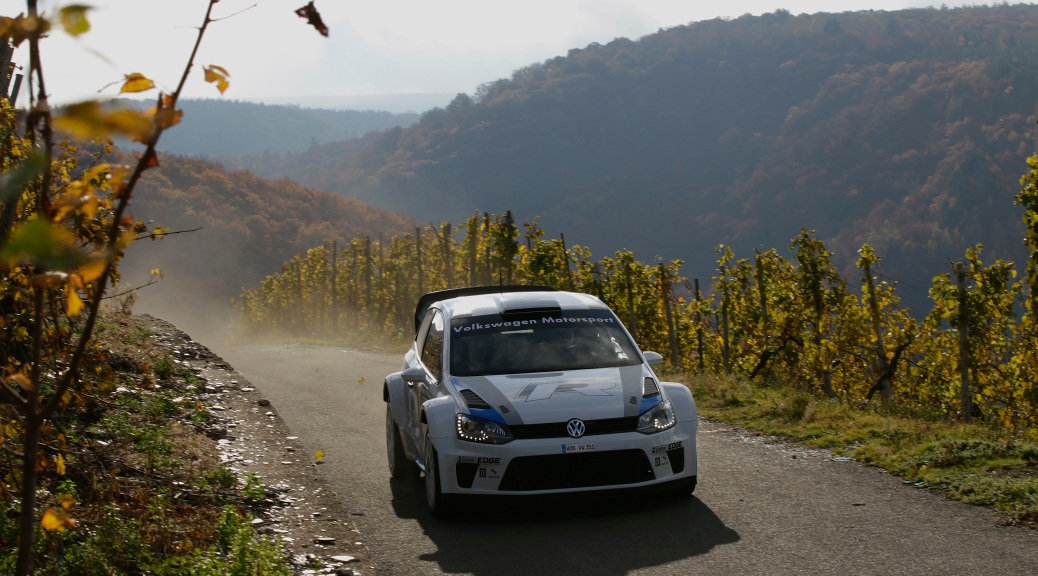 Volkswagen has successfully started the tests with the new Polo R WRC. Dr Ulrich Hackenberg, Member of the Volkswagen Board of Management for Technology, and the two-time World Rally Champion and “Dakar” winner Carlos Sainz (Spain) completed the first test kilometres in the vineyards of Veldenz near Trier, the location that normally plays host to the ADAC Rallye Deutschland, without any problems on Thursday. Prior to competing in the FIA World Rally Championship (WRC) from 2013 onward, Volkswagen will intensively test and
continue to develop the four-wheel drive vehicle that delivers an output of about 300 HP.

“The first test with the new Polo R WRC is a special moment and marks an important milestone in the preparations for our entry in the WRC,” comments Dr Ulrich Hackenberg, Member of the Volkswagen Brand Board of Management for the Development Division. “We’re well on schedule and are now able to start testing our concepts and developments in reality. The WRC is the top category in rally sport and a great challenge for
the team, the drivers and the technology. We’re taking on this challenge and will be making efficient use of the time before we start into our first competition.”

“The first Polo represents a preliminary stage of the subsequent rally car and during the upcoming months will serve as a test vehicle for various components such as engines, gearboxes or suspension parts. The findings obtained in these tests will be directly fed into the first thorough-bred Polo R WRC,” explains Volkswagen Motorsport Director Kris Nissen. “Next year we’ll be running an extensive testing programme on tarmac, gravel, mud and snow in order to prepare ourselves for the 2013 season as best we can.”
– Credit: Volkswagen Motorsport.