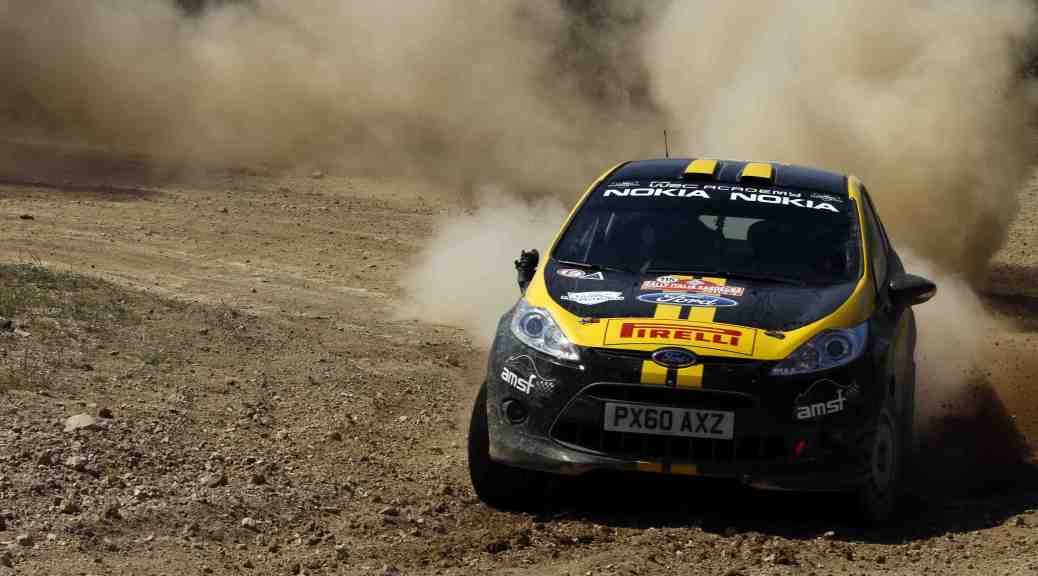 Posting some top times in a recent event has Australian rally driver Molly Taylor quietly confident of a strong result in the final round of the WRC Academy.

Wales Rally GB (10 – 13 November) is the grand final for this year’s World Rally Championship series, and for the six-round, junior driver development series that has been run this year as a sub-category.

Molly’s most recent event was Rally of Scotland (October 7-9), the penultimate round of the hotly contested 11-event Intercontinental Rally Challenge series. The roads were fast, but very rough, and the weather was very wet and cold – very similar to the conditions she is expecting next weekend.

“I’ve never been to Wales when it hasn’t been raining, so I think it’s fair to say there’s a 99 per cent chance it will be wet!” Molly laughs.

“And I know the roads will be rough because we’re running at the back of the field, so I think Scotland was perfect preparation. We want to be back on the pace we had there. We have nothing to lose at this end of the year, so our plan is simply to drive as fast as we can and post some respectable times.”

Britain’s World Rally Championship round has been a qualifying round of the series every year since the WRC was established in 1973, although its origins date back to 1932. For many years it was known as the RAC Rally in deference to the organiser, the Royal Automobile Club, before commercial sponsorship came into play.

While the event used to roam around England, Scotland and Wales, making it a test of endurance rather than all-out speed, the action has been confined to Wales since 2000. There are some asphalt sections but it’s the gravel-based forest stages that Wales Rally GB is most famous for. Fast and undulating, the roads are often slippery, courtesy of rain, snow and ice.

This year’s event starts in the seaside town of Llandudno, in the north of Wales, and finishes in the capital, Cardiff, in the south. The event gets underway on Thursday (November 10) with two runs over the Great Orme all-asphalt toll road, not used on the event since 1981.

Molly comes into the event after another two days at the Vittorio Caneva Rally School. She trained with the tarmac master before the last WRC round in France (September 30-October 2), and was invited back for another session.

“We overlaid the telemetry from this session on my previous runs and it was easy to see where I had made gains. There’s a big improvement in my times, and as this year is all about learning, it gives me a lot of confidence to see that I really am making progress.”

Molly is one of six of the drivers on a fully funded scholarship for the year, covering all her WRC expenses. More information about Molly and Seb is available on Molly’s website: http://www.mollytaylor.com.au.