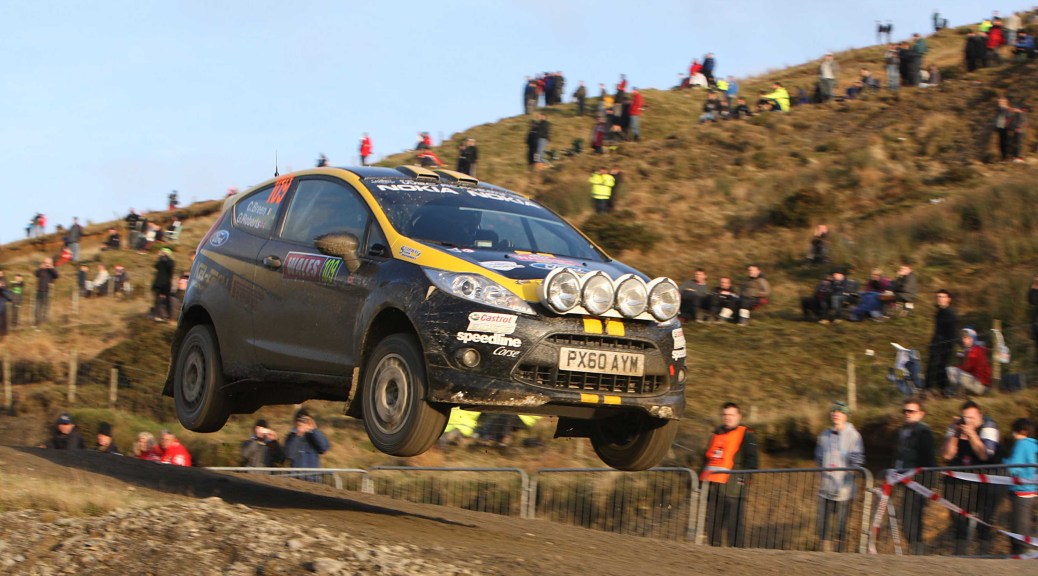 After clinching the FIA World Rally Championship Academy Championship in dramatic style on Saturday on the final stage of Wales Rally, Craig Breen had just enough time to recover from three gruelling days of competing in the Welsh forests, but by Monday morning it was back to work as the Irishman boarded a plane bound for Melk, Austria, to take part in the FIA Institute trials.

Craig Breen is one of 30 young hopefuls to battle for a place in the FIA Institute, 2012 Young Driver Excellence Academy. The trails started today and continues four days taking in driving and non-driving assessments. From the initial 30 finalists, 18 will be chosen to join the 2012 Institute Academy programme, with the selection announced at the end of the last day.

The FIA Institute Young Driver Excellence Academy is an initiative to develop young driver talent worldwide. It offers a fully-funded training programme that helps drivers develop their motor sport careers, whilst increasing safety skills and actively promoting the principles of safety, fairness and responsibility on and off the track.

In only its second year, the Academy has expanded its intake to ensure that more drivers from around the world have access to this important safety-focused initiative. The shortlist is made up of young drivers from 25 different countries covering every continent, including competitors from Australia, Columbia, Costa Rica, Denmark, India, Ireland, Lebanon, Lithuania, Malaysia, South Africa, UAE, UK and USA.

Once again, the selection process and training programme will be led by former Formula One driver and two-time Le Mans winner Alex Wurz and former World Rally Champion co-driver Robert Reid. At the Selection Event in Melk, Austria, they will lead exercises designed to evaluate fitness and performance, media techniques, teamwork and psychology.

Those that succeed will receive a place on the Academy’s fully-funded training programme, which aims to help drivers develop their motor sport careers, whilst increasing safety skills and actively promoting the principles of safety, fairness and responsibility on and off the track.

Before leaving for Austria Craig said, “I’m still dealing with the euphoria surrounding my win on Saturday. The amount of well wishes, support and congratulations has been overwhelming. I want to thank everyone who has sent me messages over the last few days. I know it would be great to be going home today but work must prevail and taking part in the institute trials is very important. To gain a place in the 2012 programme would be another milestone in my career and a fitting end to what has been yet another unbelievable year.”
– Credit: Trevor McGrath/RallyPrint.com.