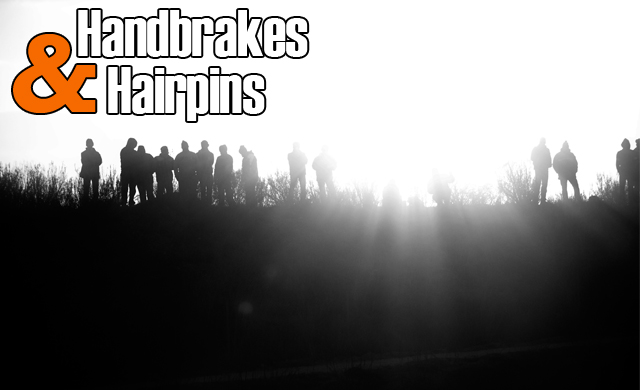 The United States Rally Championship wrapped up at the International Rally New York in October and crowned new champions in the AWD and 2WD categories. 131 competitors, drivers and codrivers, participated in the 2011 Championship.

Mitch Williams and Alix Hakala from Colorado made a strong early season run at the AWD (All-Wheel-Drive) championship by winning the Pacific Division’s Idaho Rally in June. They followed up with an impressive run at the challenging Gorman Rally in California netting another first place. With two wins under their belts their results at Arizona’s Prescott Rally were immaterial but they still soldiered on to a strong third place.

With their points total at the top of the chart Mitch and Alix merely had to take the start at the International Rally New York finale to secure their first national championship. A rented Audi provided that start but unfortunately several flat tires and broken wheels on the first stage put them out of the event. Even with this DNF their championship was secure.

In the second place in the AWD championship was the husband and wife team of Chris and Lori O’Driscoll, also from Colorado. A second at Gorman and a ninth at Prescott qualified this team for the finale. They made the trek to New York and DNFed late in the event but still clinched a podium spot in the championship.

Third in the AWD championship and making it a Pacific Division sweep was the team of Alex Rademacher and Jeanna Yi. Solid finishes kept this team in contention all season.

In the 2WD (Two-Wheel-Drive) championship it was all Atlantic Division teams. The duo of Michael Reilly and Josh Benthien scored an early season win at Rally New York USA assuring their participation at the finale. At the final round they scored an impressive overall stage win on the first stage beating several top AWD competitors. They kept the pressure on throughout the event but transmission troubles caused a first day DNF. Using the USRC’s SuperRally rules, they were able to restart the rally on Sunday assuring a finish and their spot atop the 2WD championship podium.

Second in the 2WD championship was the team of Erik Potts and Steven Case. They scored a second at Rally New York USA and edged out Reilly/Benthien at the finale to score second place for the season.

In the third place in the 2WD championship was the always consistent team of Erika Detota and Travis Hanson.

The United States Rally Championship wishes to thank all those that participated in the 2011 championship season. Please watch for an announcement of the 2012 championship calendar in the next few weeks.
– Credit: USRC Media.