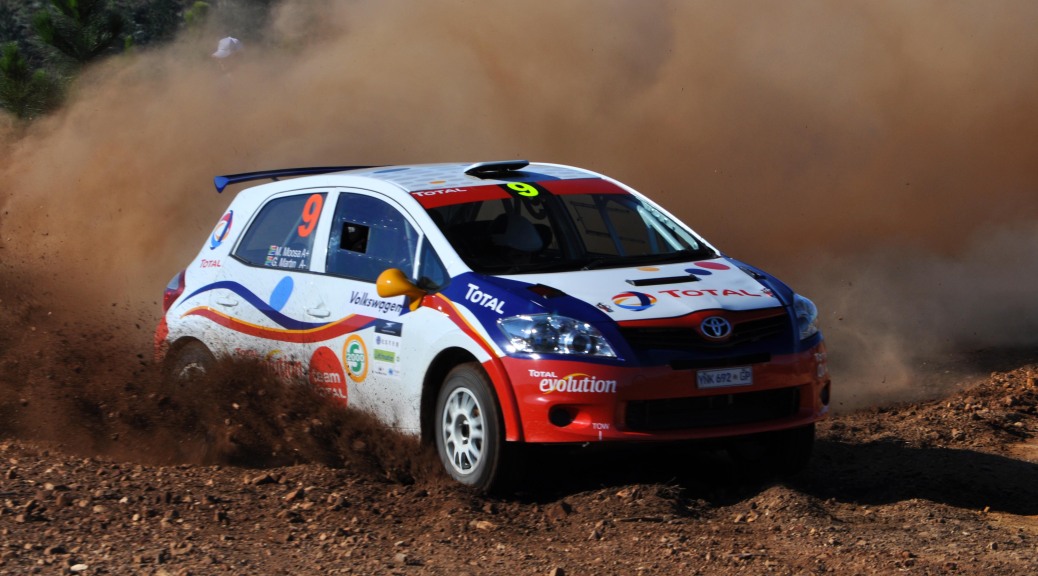 A new season brings with it exciting new challenges. In the heady rush to build and prepare rally cars for the eight-round 2012 South African Rally Championship, the Total Rally offers competitors and rally enthusiasts a tantalising treat of intense action, spectacular stages and KwaZulu-Natal’s renowned hospitality.

Renamed the Total Rally for 2012, this the perennial season-opening favourite on the rally calendar, Total South Africa and event organisers the Natal Motorcycle and Car Club (NMCC) combined their resources and worked feverishly over the past several months to host what will be a memorable event. This the 54th edition of this rally, and the fourth sponsored by Total South Africa, the event boasts an all-new Super Special Stage in the heart of Durban with a total of 16 technical stages and 196km of high-speed rallying over two days.

Taking place from 23 to 24 March, the Total Rally’s Day One (Friday 23 March) will see crews tackle five gravel stages in and around Scottburgh before returning to Durban for the Super Special Stage. These six stages comprise 71km of timed competition.

Day Two dawns early with a return to the Scottburgh region for nine demanding speed tests in the sugar cane fields before making its way to Durban for a repeat of the Super Special Stage. The 16 stages, 196km of rally action and 435km total distance will undoubtedly serve as a true test of mettle for both car and crew in KwaZulu-Natal.

The Total Rally once again features a timed Shakedown on the morning of Day One where starting positions will be determined for the opening leg of the rally. The five fastest crews from Shakedown will be reversed for the start order, so that the fastest car will start fifth and the fifth fastest will start first on the road. The treacherously slippery nature of the gravel stages will see crews employ tactics to secure the best possible start position.

The all-new Super Special Stage runs through the heart of Durban along Argyle Road, around Kings Park Pool complex and alongside the beautiful Moses Mabhida Stadium. What sets this stage apart from other such stages is that it will see rally cars battle it out head-to-head against each other and the stopwatch in a thrilling white-knuckle dash for the finish line.

Spokesperson for Total South Africa, Nadia Vosloo, commented: “This year’s event promises to be more spectator friendly than ever, and we have gone to extra lengths to improve spectator safety too. Our aim, apart from making this a fantastic weekend of motorsport for KwaZulu-Natal, is a safety conscious first attitude.”

“As the first event of each new season, we aim to set the standard high for the remainder of the year,” said Clerk of the Course Richard Vaughn. “We are changing the format for this year to create an even better rally for all involved, in that the event’s marshals will now be controlled by a Stage Commander, similar to in the World Rally Championship. Each stage will be run independently by the Stage Commanders to improve the safety, efficiency and professionalism of the event.”

Vaughn continued: “The Super Special Stage on Friday night and Saturday afternoon will be a nail-biting contest, pitting cars directly against one another on a course that runs in the same direction. The fans and drivers will love this!”

Spectators will be entertained on the rally stages by the best rally crews in South Africa, and the organisers have also arranged for a host of activities to keep spectators entertained between stage action. Brian Capper, South Africa’s ten-times SuperMoto Champion, will wow the crowds with his two-wheeled stunt and trials antics at the start and finish of the event.

Vosloo added: “Skydivers, fire-eaters, live music and food stalls, along with Brian Capper’s amazing motorcycle stunts, will be available at the Super Special Stage. It will be a festival atmosphere, fun for the entire family and safe for all the children too. We will erect grand stands along the course of the Super Special Stage for this purpose, giving all spectators good views of the unfolding rally action. To see the rally cars racing around the spectacular Moses Mabhida Stadium will be a thrill!”