Thousands of spectators greeted 27 teams to the historic town for the ceremonial start of the event outside the ‘Alhondiga de Granaditas’ and twice former PWRC winner Armindo Araújo was the first driver over the podium and into the short stage at the wheel of his Mini John Cooper Works WRC.

Stage winner Solberg began from 14th position on the road and managed to set the fastest time, with Frenchman Sébastien Loeb slotting into second position ahead of Norway’s Mads Østberg.

“I have never seen so many people at a start of a rally,” enthused Brazilian Mini driver Paulo Nobre. “It was just unbelievable. It is so nice to start a rally like that. Congratulations to Mexico!”

A new 5.18km qualifying stage was introduced for the first time this year and that enabled the 14 leading WRC drivers to choose where they wanted to be positioned on the road, dependent upon their performance on the short stage.

The special ran straight after the traditional shakedown session – which was won by Loeb with a second run time of 2m 50.8s – but the Frenchman lost a little time on the start line of the qualifying special and posted a target of 2m 50.6s, which was beaten by Hirvonen (2m 49.5s) and eventual qualifying session winner Petter Solberg. The Norwegian posted a quickest time of 2m 48.6s and will now start from his chosen 14th position on the road through the opening gravel special stages on Friday.

“We were pushing for this regulation (qualifying),” said eight-time World Champion Loeb. “It is fairer. We were all fighting for our position and I will be 12th on the road on Friday and that is not a bad position. That means there will be two Fords and two Citroëns racing in the same conditions. Petter was faster this morning. I was hesitating a bit in some places on the qualifying stage. I did not have a perfect start. All drivers were fighting for one second, so it was not easy to be the fastest.”

Latvala was disappointed to be over two seconds adrift and Portugal’s Armindo Araújo – who had been forced to miss the second run through the shakedown stage because of turbo and throttle problems – continued to suffer in his Mini and finished 13th.

Brazilian Paulo Nobre erred on the side of caution on the qualifying stage and will now start last but one on the road on Friday after Araújo elected to start first. “I did what I could without doing any damage,” said Nobre. “If you make a problem here, you don’t make the rally!”

Tomorrow (Friday), teams will tackle an unprecedented 11 special stages, including two runs through the brand new Las Minas and Los Mexicanos tests. Action gets underway with the revised El Cubilete special at 8.08hrs and teams will face three more stages before they are able to service at the Poliforum in León.

El Cubilete, Las Minas, Los Mexicanos and Ortega are repeated in the afternoon from 13.36hrs and a run through the 1.23km Monster Street Stage (17.24hrs) precedes a return to the Poliforum service park. Two runs through a 2.21km super special (20.13hrs and 20.18hrs) bring the hectic day’s action to a close after 147.21 competitive kilometres in a route of 464.69km. 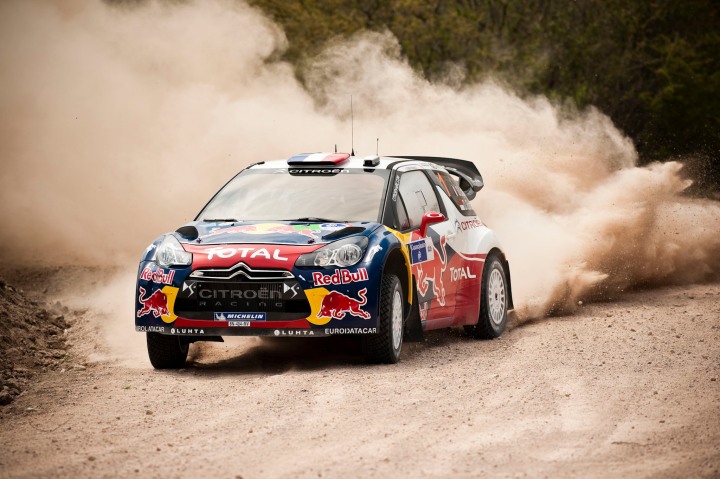