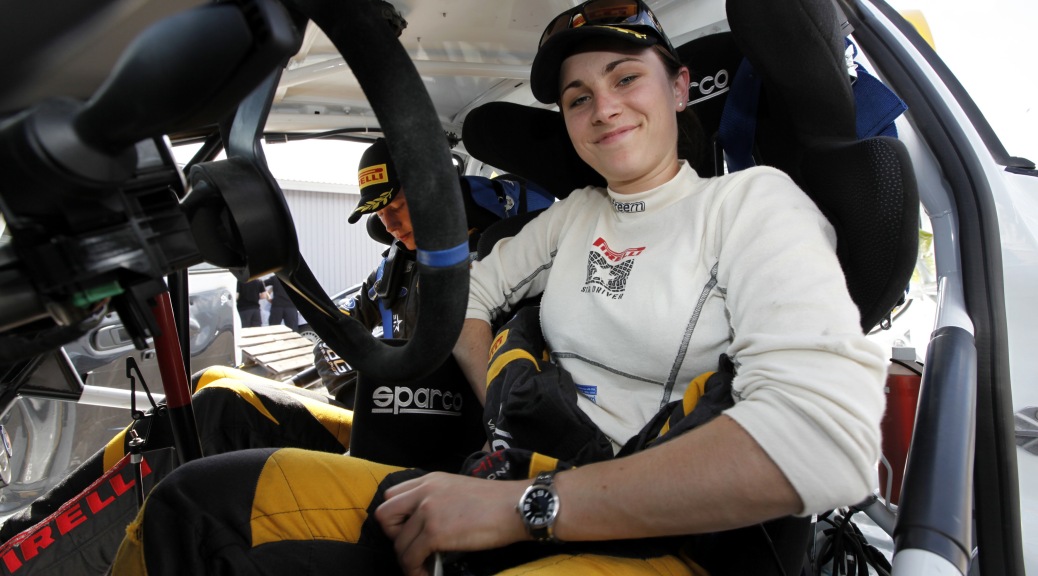 Australian rally driver Molly Taylor will kick off her 2012 international rally campaign with a run in the Bulldog International Rally of North Wales next week.

The second round of the British Rally Championship will be run on Friday, March 23 and Saturday, March 24 and is made up of five individual rallies including international, national and historic classes.

Molly, her 2011 co-driver, British-born Seb Marshall, and their Ford Fiesta R2 will tackle this event together as well as other selected events across the UK and Europe. They hope to announce more details in the coming weeks.

“I really can’t wait to get back in the car after what feels like a lifetime,” the 23-year-old Sydneysider says.

“I haven’t done an event since Rally GB, the final round of the 2011 World Rally Championship. Several of the 2012 Academy drivers such as Elfyn Evans and Alistair Fisher are doing the Bulldog. They’re both very experienced drivers so it will be good to check my speed against theirs after the quick times we were posting at the end of last year.”

Molly says the Bulldog is one of her favourite events. It’s based around Welshpool in mid-Wales, about six kilometres from the England/Wales border and offers a real challenge to her skills.

“I really enjoy the roads in Wales. The roads really flow and the stages are quite a mixture of fast and technical. We set some good times in the same area during Rally GB, so this is my chance to back that up in similar conditions.

“My best result in this event was in 2009 when I won my class in the Suzuki Swift Sport Cup. I have competed here a few times so it’s one of the rallies that I have more experience of, and that familiarity will help. We’re not doing the whole British championship series so the aim is to benchmark ourselves against the top competitors here and make the most of the event.”

Molly is currently in negotiations to do several events in Europe, with a European based team. Outside her rally commitments, she continues to work with M-Sport, the company that has operated Ford’s world rally championship program since 1997.

In 2011, Molly and Seb contested the WRC Academy, a sub-series of the WRC, which replaced the previous Junior WRC category and was designed to give young drivers a strong foundation in all aspects of competing at the elite level of motorsport.

Six of the young drivers entered in the series won a fully-funded scholarship for the year. That covered all expenses for the six events in the Academy series and Molly was one of the fortunate six. She was also the only female driver competing at any level of the World Rally Championship.

More information on Molly and Seb can be found at Molly’s website, www.mollytaylor.com.au.