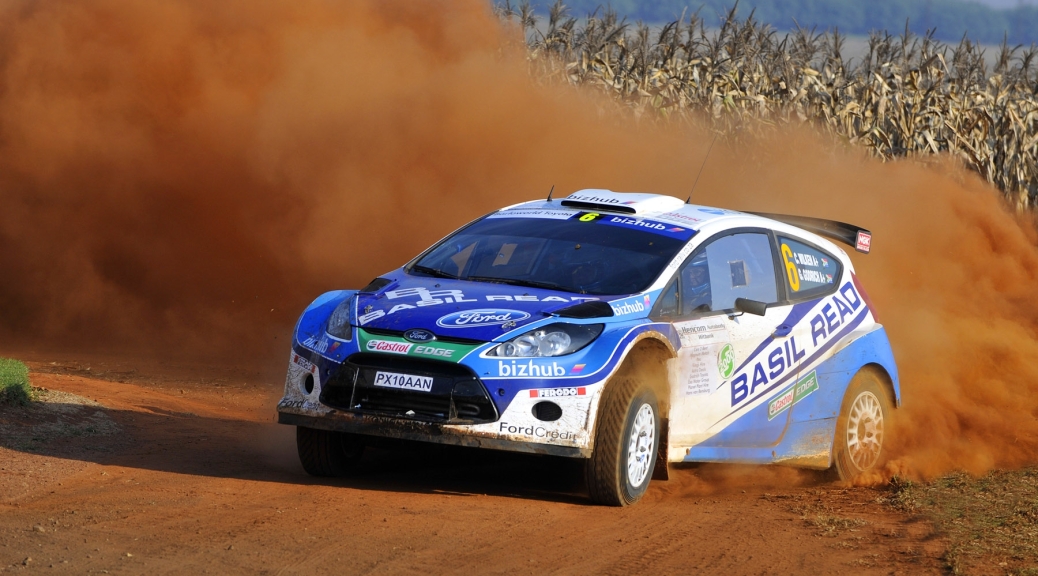 This year’s SA Rally Championship is building up to have the potential to be one of the hardest-fought in history with several new cars and changes in the teams heightening the levels of competitiveness that were seen in 2011.

The Basil Read Ford Rally Team is very aware of the challenge that waits, starting with the Total Rally in KwaZulu-Natal on March 23/24, and is preparing accordingly.

This team has doubled in size from one Ford Fiesta S2000 to two with six time SA champion Jan Habig and his co-driver, Robert Paisley, of KwaZulu-Natal, joining up with Charl Wilken of Pretoria and his Polokwane-based co-driver, Greg Godrich. Besides major sponsorship from the Basil Read Group there is substantial additional sponsorship from Wilken’s long-time backer, bizhub, as well as support from Castrol and leading engineering support services organisation, Babcock International Group.

Babcock, supplier of leading brands in Africa which include, amongst others, Volvo Construction Equipment, Tadano cranes, DAF Trucks and SDLG construction, is a newcomer to rally sponsorship although it has longstanding business ties with Basil Read.

Wilken’s car has been rebuilt during the off-season, including the fitment of a new engine, while Habig, who competed for Volkswagen for the past 20 years, has just taken delivery of a brand new car from Malcolm Wilson’s M-Sport operation in the UK that looks after Ford’s global involvement in rallying. The team will have a senior technician from M-Sport in attendance on the Total Rally to assist the local service crews and to provide set up expertise.

The two teams will operate independently in terms of preparation, with the Wilken car based on the East Rand, while Habig’s Fiesta is based at his new facility in KZN which also serves as the headquarters for his Tony Kart distributorship.

Charl Wilken will be entering his third year as a Ford driver, after previously rallying a Subaru Impreza and several Toyotas. “We have made steady progress with the development of the car and I am looking forward to testing the latest changes in specification in both Gauteng and KZN before we start the Total Rally,” said Wilken, who is now in his 21st year of motor sport competition, having started in karting in 1991.

Jan Habig is looking forward to a series of test sessions on his home turf in KZN as he learns to exploit the potential of the Ford Fiesta S2000 following many years behind the wheel of Volkswagen Golfs and Polos, after starting his rally career in a Nissan Skyline.

“We are certainly not underestimating the opposition, but I believe the Basil Read Ford Rally Team is ready for the challenge, with two talented crews and a well-sorted car”.