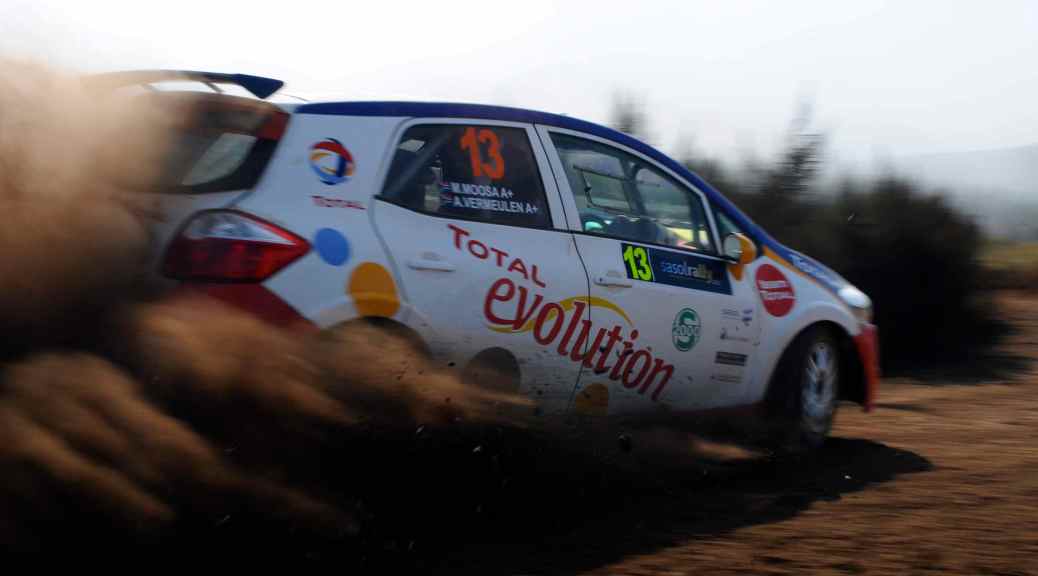 The Challenge:
After two rallies of the eight-event 2012 South African Rally Championship, the very best rally crews have showcased the reasons why this series is internationally regarded. A quarter way into the season, and the 29 special stages run thus far have been dominated by one crew and team, but this weekend’s Toyota Gauteng Dealer Rally will see the battle for the top position of the leader board renewed in the dry and dusty mielie fields around Bapsfontein.

Last year’s event results were declared null and void by Motorsport South Africa, the sport’s governing body, after a months-long legal battle stemming from severe shortcutting in the stages. The action on the stages was fierce with crews fighting for every tenth of a second advantage over their rivals, and this year’s edition will be no different. Crews face 190km of ten high-speed stages that twist and turn between the tall mielie fields around Bapsfontein. The event gets underway with its Ceremonial Start at McCarthy Toyota dealership in Lynnwood, Pretoria at 09h00 on Saturday 9 June. Day One’s action takes in five gravel stages around Bapsfontein with the day’s closing stage at the RallyStar Motorsport Academy starting at 13h46. Day Two restarts at 07h00 at RallyStar Motorsport Academy with Day One’s four gravel stages in the Bapsfontein area repeated. The rally then concludes with an exciting 16km tarmac special stage around Zwartkops Raceway starting at 12h50. This will be a spectator-friendly speed test, as crews will tackle the circuit in reverse direction and also take in the go-kart track’s tight turns to offer fans a close-up view of their favourite crews. A podium prize giving will be held at 14h00 to conclude the rally.

With two top eight results thus far in the season, and finishing each rally as the first privateer Toyota Auris S2000, Damseaux will be aiming for a position in the top five at this event.

“It has been a good start to the year so far, but I will be aiming to do better this weekend,” said Damseaux. “This rally is not a testing event for a driver, as the stages are very open and forgiving to drivers. However, we are all in the same boat and we will all be driving to the limits to be fastest.”

Gaining in speed and confidence, the Somerset West-based rally ace is never to be underestimated and his rivals will be wary of this speed merchant’s stage times as he aims to outpace his factory-backed opponents in this high-speed game of chess.

“Dust will be a problem on the stages though, as we turn back on ourselves in hairpins and tight turns,” continued Damseaux. “It makes pace notes all the more important, and we will need to be more committed. We’re looking for a strong result; our car has been sorted out and we have had good test sessions.”

Tenacity and commitment are two words best describing Moosa’s attacking driving style in 2012 thus far. This businessman from Tzaneen also pushes his Class S2000 adversaries, and is quick to find a rhythm in the stages that enables him to attack from the get-go.

“We’ll be going for it this weekend, and our aim is the top five,” said Moosa. “We’ve been working on our pace notes and testing new settings on our car, and we’re very happy. We need to step up our game this weekend, and we will be attacking from first stage.”

The two Class S1600 and Two Wheel Drive Championship contenders from Team Total vying for victory will see a hammer-and-tongs effort from both crews once more this weekend. The burgeoning Class S1600 has provided many thrills thus far in 2012 and the high-speed stages on the Toyota Gauteng Dealer Rally will see these drivers fighting for every tenth of a second over their rivals.

Trott, Class winner in the opening round’s Total Rally, will be out to score maximum points after a mechanical retirement on the previous event. His always immaculately prepared Toyota RunX S1600 will be tested on these dry and dusty stages, but the gutsy driver will be attacking for victory.

This also rungs true for the only all-female national rally crew of Botha and Shields, who are aiming to get their first points of the season on the scoreboard after a less than perfect start to their 2012 campaign. Speed is one thing driver Stephanie Botha does not lack, and her aggressive driving style will see her continue mix with the Class leaders in Gauteng.