This week’s 21 – 24 June Brother Rally New Zealand over roads in Northland, Kaipara, Auckland, Te Akau and Raglan districts celebrates a milestone in motorsport history as the 500th* round of the World Rally Championship (WRC).

Since the inaugural event held in Monte Carlo, 19 – 26 January 1973, the WRC has become the Holy Grail for drivers and manufacturers seeking world dominance in the Federation Internationale de L’Automobile (FIA) regulated series. Broadened to encompass New Zealand as a round from 1977, its reputation for having smooth, fast and flowing roads set amidst stunning scenery has seen it become the longest serving Southern Hemisphere event in the sports history, out of the 31 countries the championship has been contested.

Although the cars bear little resemblance to their predecessors, the 2012 event will take drivers over roads that are largely unchanged since they were first used in the 1970’s by original event organisers.

Teams from a total of 22 different nations are based at Auckland’s Viaduct Events Centre for the week leading up to and including the three days of competition. The 2012 event will also be the first time the new generation World Rally Cars have been to New Zealand with Ford’s manufacturer entry running the Fiesta RS WRC while Citroën will front the DS3 WRC. The cars all run 1600cc turbo-charged engines using a control fuel that sees them produce approximately 300bhp. Other brands competing include MINI, Skoda, Subaru, Mitsubishi and Proton.

Having lately been remembered as an event that heightened the intensity of competition between the rival teams, Brother Rally New Zealand has earned a reputation of splitting the winning margin by mere seconds after hundreds of competitive kilometres.

This year could be an exception with most teams tipping Friday’s opening leg as being the decisive indicator as to the likely event winner. At 209.60km in competitive distance it is currently the longest of any WRC round held so far this year.

“The first day will be tough because the stages are long and there is just one short service zone to make repairs if we have problems,” says defending rally champion Jari-Matti Latvala from the Ford World Rally Team. “We will have limited access to spare parts, so it’s vital to avoid mechanical issues. The famous Whaanga Coast stage will be run twice in the leg and it’s one of the most challenging tests in the championship. There are always dramas on those roads.

“It was the final stage in 2010 and to come out of there and find I had won the rally was a great, great moment after such a hard battle. Four of us had the chance to win but the stage caught out the three others. It is one of the sport’s great challenges.”

Eight-time World Rally Champion and current title leader, Frenchman Sébastien Loeb has won here twice (2005 and 2008) out of six attempts: “This rally may well be the pinnacle when it comes to driving on gravel. It’s a bit like Finland… except the trees are much further back from the side of the road! It has often been said that it’s an extremely quick course, but I think it’s actually quite varied, with some really twisty sections. It is a rally where you need to be pushing all the time. If you’re not giving it 100%, you can see it in the times straight away,” says the 38-year-old.

As well as the international contingent of 14 WRC cars, there are 14 in the Super 2000/Production World Rally Championship category (SWRC/PWRC) that includes Geraldine’s Hayden Paddon in the S2000 Skoda Fabia. A further 16 teams round out the field, of which 11 are contesting the fourth round of the Brian Green Property Group New Zealand Rally Championship, powered by Brother. It is also the second of only three events where all three WRC, SWRC, PWRC categories are present.

Following two and a half days of reconnaissance, this Thursday’s focus is on the qualifying stage for the WRC teams being held near Helensville. That will be followed by a car and driver parade along Queen Street, downtown Auckland, from 4:30pm. From there the cars will return to the Rally Village at the VEC where they will be parked out front before the drivers attend a second autograph signing session inside from 4:45pm. In the early evening the drivers get to pick their opening leg start order at the evening VIP and welcome function, based on the time they set in the morning qualifying – the fastest driver gets first pick.

Friday’s action is centred on Raglan with the teams making two loops of the roads both the north and south of the surf-side location, before returning to Auckland for an end-of-day service.

Saturday is a journey toward Northland using roads from Maungaturoto in the south to Pukehuia in the north, with the midday service being held in Whangarei. The teams again return to Auckland for the evening halt, before the final group of stages run over roads in the Komokoriki area on the Sunday.
Sunday also includes a double run around Auckland’s domain super special stage starting from 9:44am, with a free shuttle bus running from Britomart’s Queen Street location. The special stage at the domain is also free to attend.

Following immediately after the Brother Rally New Zealand cars will be a further 26 entered to the Smartwood by Alpwood Possum Bourne Memorial Trophy Rally – a subsidiary event that caters for cars no longer eligible for international category competition.

A new MotorExpo and FanZone will operate inside rally headquarters at the Viaduct Events Centre throughout Friday 22 June to Sunday 24 June. Entry is also free and alongside great vehicle displays and interactive entertainment, fans can watch the only big screen television showing live rally footage from out on the course. Numerous prime and other spectator viewing areas offer excellent opportunities to watch the high speed action in person across all three days of the event. The event concludes with a ceremonial finish at 3:30pm near the Viaduct Events Centre on Auckland’s waterfront.

*Yet to be confirmed by the FIA. 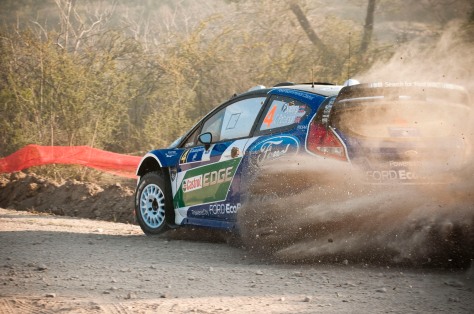