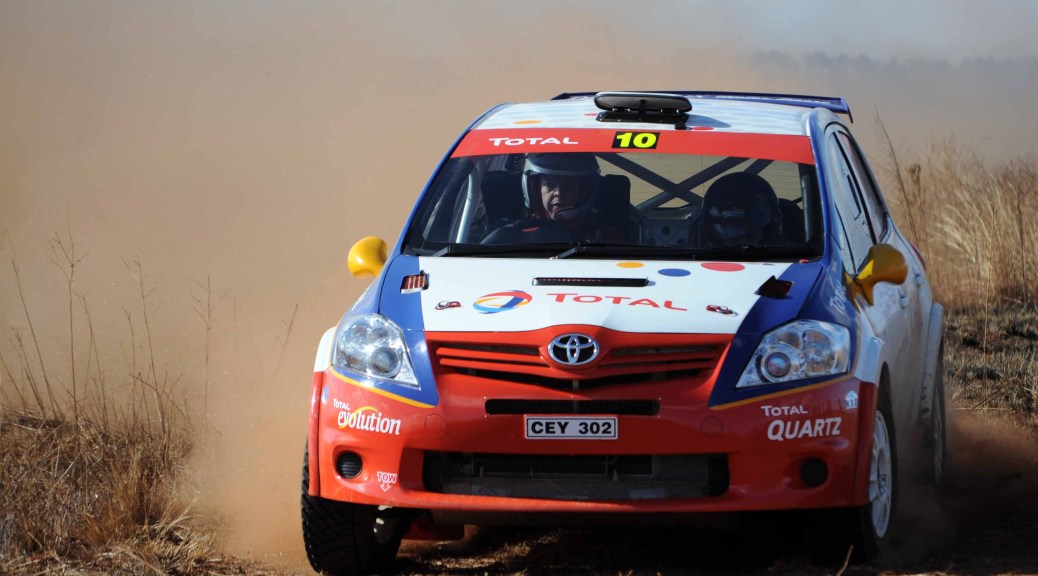 The Challenge:
Fast sweeps on flowing forest gravel roads are as synonymous with rallying as are pace notes to this sport. The South African Rally Championship heads to Port Elizabeth, Eastern Cape this weekend for the fourth round of the calendar as the season reaches its halfway point.

The Volkswagen Rally is a firm favourite for both competitors and spectators alike, with the always-intense action played out over the demanding stages in Longmore Forest, on a thrilling asphalt stage in the hometown of motor manufacturer Volkswagen in Uitenhage, gravel tests around the Port Elizabeth Oval Track Raceway (PEOTR) and Gamtoos regions before concluding with the fan favourite finale at the Kings Beach complex.

Day One takes place on Friday 13 July and the sound, smell and sight of rally cars in full attack mode will erase any effect of superstitions on this Friday the 13th as five stages of intense rallying are scheduled for the afternoon and evening. Two new stages in the Gamtoos area will start the event off, with the first stage a 10.5km-long encounter organisers have likened to a World Rally Championship-level speed test.

Restarting early on the morning of Saturday 14 July, seven stages await competitors (with three of these duplicated from Day One) with legions of loyal rally fans descending on the gravel and asphalt stages for a glimpse of their favourite teams.

Last month’s Toyota Gauteng Dealer Rally netted two podium positions for Team Total, with Damseaux claiming a storming third position overall and Trott racing to second place in Class S1600 and the Two Wheel Drive Championship. This event was held around Bapsfontein, the RallyStar Motorsport Academy and Zwartkops Raceway outside of Pretoria for this two-day rally.

Claiming the best overall result for Team Total thus far in 2012, Damseaux’s battle for third place in the last event saw the talented Somerset West-based driver lead the charge for Toyota crews against their Ford, Volkswagen and Peugeot rivals. A fight for the lead right until the very last corner of the final stage of the event saw an enthralling battle for the top honours with the top three crews eventually separated by only 11.8 seconds.

Trott and co-driver Coetzee followed in the footsteps of Damseaux’s performance to add more silverware to this former national championship-winning crew’s trophy cabinet with their second place finish in Class S1600 and the Two Wheel Drive Championship’s standings. Trott enjoyed a faultless drive on the high-speed gravel stages to once more prove his consistent yet attacking approach to rallying is highly successful.

Lady Luck abandoned Moosa/Vermeulen in Class S2000 on this event, with the crew retiring after stage one due to suffering severe rear suspension damage as a result of punctures that saw nearly half the field of competitors stopping in this opening stage with damage or punctures. Restarting the event on Day Two under SupeRally regulations, Moosa attacked the stages to move up from the bottom of the leader board to 17th while posting a string of quick stage times.

Class S1600’s Botha saw a strong start to her event evaporate as electronic maladies sidelined her machine in stage three. As with Moosa, she restarted Day Two under SupeRally rules and also bravely fought up the Class S1600 timesheets throughout the day’s demanding speed tests, but a racing incident involving another competitor saw her efforts come to nought as damage to her car forced her into retirement just metres from the finish line of the final stage of the rally.

For this event, Team Total’s Class S2000 crews of Damseaux/Martin and Moosa/Vermeulen will once again be focussing their efforts on a top five result and to take the fight squarely to their factory-backed rivals from Volkswagen and Toyota. Trott/Coetzee and Botha/Hugo have podium places in mind, and will be attacking from the very first stage to keep their win-hungry rivals behind them. This rally is one not to be missed as rally drivers push their cars to their limits of traction and speed!