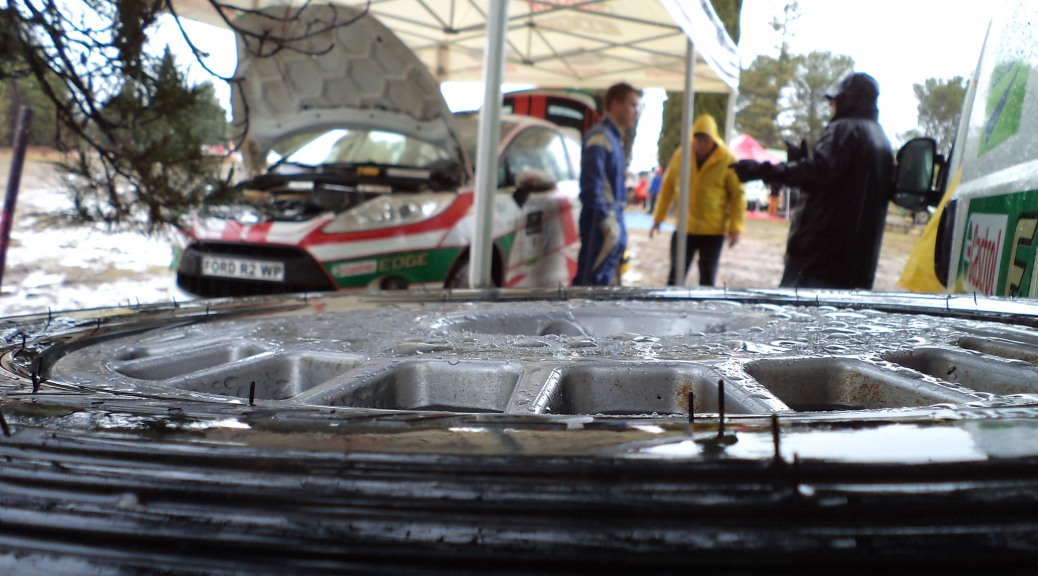 I never fully understood the phrase “when the heavens open.” Now that the Volkswagen Rally is finished, I now know it from every angle: vertical, diagonal, and just about every other direction that the rain fell on our heads.

Thanks to Castrol – BP, GoPro, M-Sport, REACT, Ford Racing and Regent, competing in the fourth round of the 2012 South African Rally Championship was possible. Sitting alongside me in this muddy and wet rally was Patrick Vermaak, co-driving veteran with a passion for the sport that burns brightly.

The 12 scheduled stages and 181km of competitive distance for two days of action in Gamtoos, the Longmore Forest, Uitenhage and Port Elizabeth were reduced to nine stages as a result of the pouring rain. And, did it pour!

Day Two of our rally started off well, but we were slowed by our Castrol – BP Ford Fiesta R2’s windscreen misting up thanks to the cold conditions. I had to slow my speed on a few occasions to avoid making mistakes or falling off the mountains in Longmore Forest.

We were in the middle of a great race for the Class S1600 and Two Wheel Drive Championship category lead on Day One, and it continued on Day Two. It was taken to a new level as the overnight rain converted the slippery gravel stages into a slick and glassy surface. In the third stage of the day, SS9, the Class leader Morne Janse van Rensburg (Volkswagen Polo S1600) went off the road at a high speed left corner, and became stuck on a tree stump for nearly nine minutes. Craig Trott (Toyota RunX S1600 moved into second position, and we snuck past them to take the lead of the Class.

We held a steady advantage over Craig Trott on the final two stages, and took Class honours by 50.1 seconds. Craig “Mr Consistency” Trott now has a cushion over the rest of Class S1600, and we will need to outpace him to claim the Class S1600 and Two Wheel Drive Championship trophies.

There was a good battle developing between Guy Botterill (Toyota RunX S1600) and Tjaart Conradie (Toyota Auris S1600), who both had aspirations of closing in on Craig Trott for second place. It was Guy who eventually clinched third place, only 08.5 seconds off of Craig and 22.3 seconds ahead of Tjaart.

Megan Verlaque (Volkswagen Polo S1600) drove her new rally car to quick stage times, but her overall position was not indicative of her pace as she had to retire from Day One with gearbox problems and restart on Day Two under SupeRally regulations. We will need to keep a close eye on Megan and Morne in their new and updated Polos…

We would like to thank the volunteers, the marshals and the officials who had to brave the cold, rain, and mud over the entire weekend. Without your time, energy and generous spirit, rallying would not be what it is today!

I will be hard at work preparing for my next event in the FIA WRC Academy in 18 days time for the Neste Oil Rally Finland. This is an event all rally drivers dream of competing on, and I still pinch myself when I think of my trip to the “home” of rallying.

Keep up-to-date with my progress on the stages by following me on Twitter at http://twitter.com/ash_haigh_smith and on Facebook at https://www.facebook.com/AshleyHaighSmith, and on my website at http://www.ashleyhaighsmith.com.