The outcome of the South African Rally Championship will go down to the wire. Mark Cronje and Robin Houghton (Sasol Racing Rally Ford Fiesta) took a big step towards claiming the title when they won the recent Polokwane Rally in Limpopo and their chief rivals, Johnny Gemmell and Carolyn Swan (Castrol Team Toyota Auris) failed to score.

This resulted in a switch of championship leaders, with Cronje and Houghton (148 points) moving into a useful 20-point lead over Gemmell and Swan (128 points) with a maximum of 25 points on offer in the eighth and final round in the Western Cape in November.

The gap is even closer when the requirement that competitors drop their worst score of the season is taken into account. If this were to be done now, the gap would reduce to 10.

No-one else is in contention. Third-placed Jon Williams and Cobus Vrey in the second Sasol Ford (106 points) are 42 points behind the leaders – 34 after their lowest score is deducted.

Only Cronje/Houghton (four wins), Gemmell/Swan (two wins) and Williams/Vrey (one win) have stood on the top step of the podium this year, so the remaining competitors in the premier S2000 class for four-wheel drive cars will be competing for personal pride and that elusive first win of the season.

Fourth overall and a single point behind Williams and Vrey are multiple former champions Jan Habig and Robert Paisley (Basil Read Ford Fiesta). With lowest scores dropped, they would in fact be third, 33 points behind the leaders. 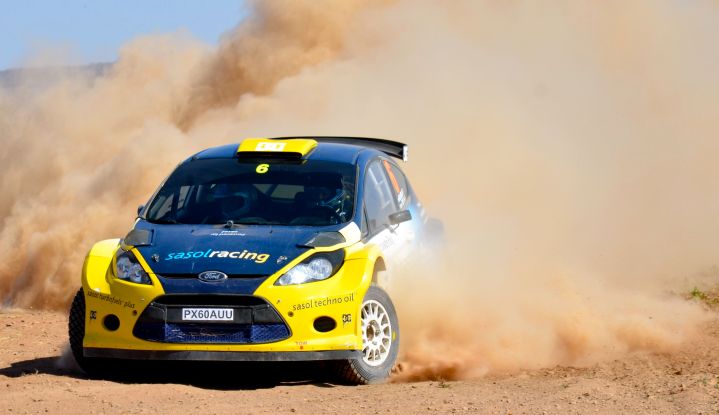 Charl Wilken in the second Basil Read Ford is fifth in the drivers’ championship with 89 points while co-driver Greg Godrich, who missed a round, is sixth in the co-drivers’ standings. Sixth in the drivers’ championship is Jean-Pierre Damseaux (Team Toyota Auris), whose co-driver Grant Martin is fifth in his championship. Gugu Zulu and Carl Peskin (BP VW Polo), who have already wrapped up the inaugural S2000 Challenge for older specification four-wheel drive cars, are currently seventh overall with 76 points.

Former champions Hergen Fekken and Pierre Arries (BP VW Polo) have moved up to eighth place, two points behind VW team-mates Zulu and Peskin, after good results in the last two events made up for a troubled start to the season in the 2012 Polo. With lowest scores deducted they would leapfrog Zulu/Peskin into seventh place.

Former champions Enzo Kuun and Guy Hodgson, who have had a frustrating season in the new S2000 BP VW Polo and chalked up an uncharacteristic three DNFs are ninth overall with 70 points. The Dutch/Belgian combination of Hans Weijs Jnr and Bjorn Degandt (59 points) has dropped back to 10th place after their third successive non-finish in the Limpopo round.

Dakar Rally star Giniel de Villiers, who only joined the championship in round four in the Imperial Toyota Auris, has enjoyed three top-six finishes and accumulated enough points to be in 11th place overall, just two behind Weijs and Degandt. His co-driver for the last three rounds, 2011 Two Wheel Drive champion Celeste Snyders, is 12th in the co-drivers’ standings.

While Zulu and Peskin (103 points) are the 2012 S2000 Challenge winners, there is still a close contest for the remaining podium places in this new category. Namibians Wilro Dippenaar and Morne du Toit (McCarthy Toyota/PZN Panelbeaters Toyota RunX) are second with 62 points, seven ahead of teenager Henk Lategan and Barry White (Q8 Oils VW Polo). 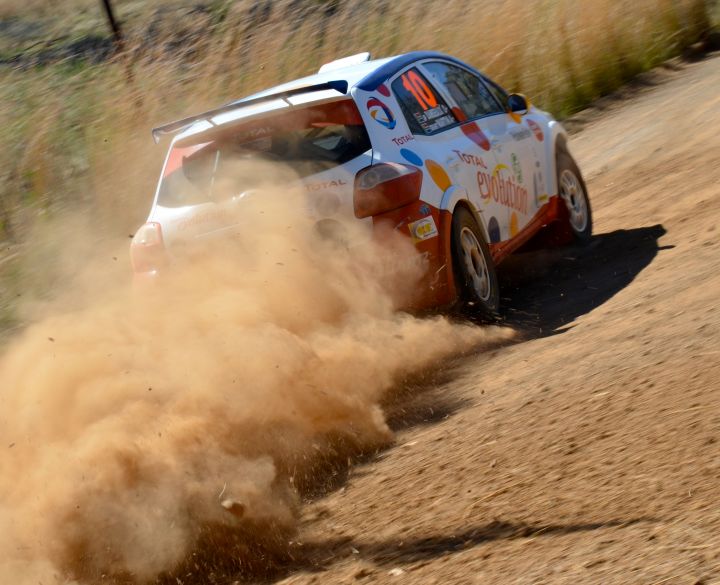 Despite being outpaced by a bevy of up-and-coming youngsters in more modern machinery, former champion Craig Trott and Robbie Coetzee (120 points) lead the Two Wheel Drive Championship for S1600 cars in a six-year old Team Total RunX. With a maximum of 25 points on offer in the final round, they already have one hand on the winners’ trophy.

The battle for the honour of being champion manufacturer could not be closer or have more significance. Toyota (641 points) trails Ford (659 points) by 18 points in its quest for a record 15th consecutive title and 21st altogether since the award was instituted in 1968. Ford is chasing a first win since 1976 and a third championship in all.

The next round of the championship is the Garden Route Rally in the Western Cape on November 2 and 3.