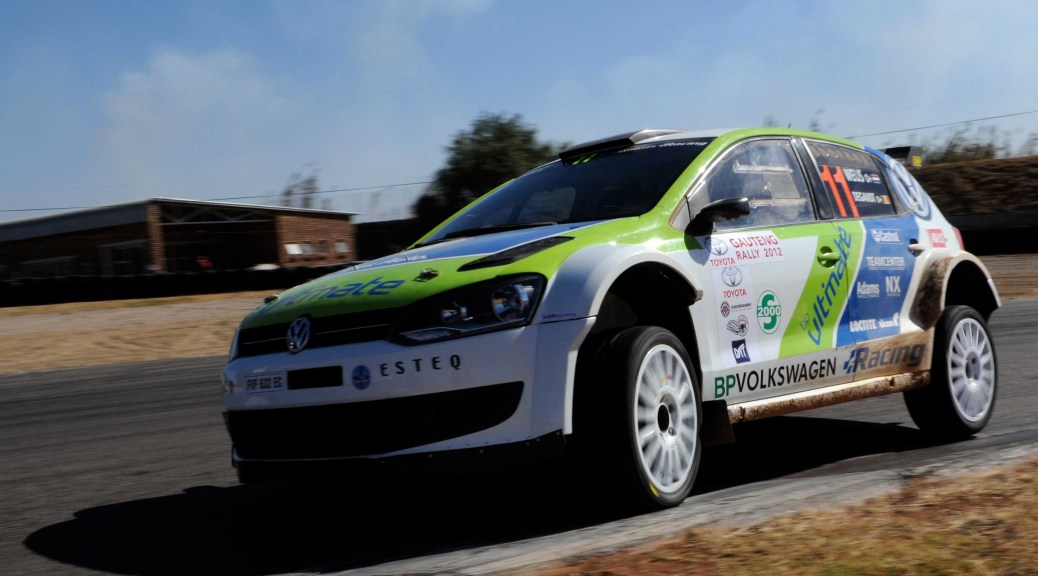 The 2013 South African Rally Championship season is shaping up to be as exciting and intriguing as last year’s down-to-the-wire battle between Ford and Toyota for top honours.

With the first of the competition’s eight rounds, the Total Rally in KwaZulu-Natal, less than a month away on March 8 and 9, the musical chairs of driver/co-driver pairings and sponsors is coming to an interesting conclusion.

The biggest talking point has been the switch by team sponsor Sasol from the two-car Ford privateer team that won them the four-wheel drive class S2000 and overall championships to the Volkswagen factory team. Reigning champions Mark Cronje and Robin Houghton are looking for a new sponsor while Volkswagen says goodbye to long-time sponsor BP and hello to Sasol.

Cronje and Houghton will be back to defend their crowns in their Ford Fiesta, thanks to the continued financial support of a private benefactor, but they need to replace Sasol if they are to be able to mount the kind of challenge they did so effectively last season.

Team-mate last year, Jon Williams, who finished an excellent third in the championship with a maiden win in the Toyota Gauteng Dealer Rally in June, is also looking for a new sponsor for his Ford Fiesta and is expected to line-up for the Total Rally with father Doug as co-driver.

Their main rivals for overall and S2000 honours will again be the factory teams from Toyota and Volkswagen. Toyota Motorsport, under the expert guidance of former national rally champion Glyn Hall, is hard at work after their Dakar Rally heroics in January building two brand new Toyota Yaris S2000 cars to replace the ageing Auris that has stood Castrol Team Toyota in good stead for the past seven years.

Championship runners-up Johnny Gemmell and Carolyn Swan will be joined by Leeroy Poulter and Elvéne Coetzee in the two Yaris two-doors while the old cars will find their way into the S2000 Challenge in the hands of privateers Wilro Dippenaar of Namibia and promising youngster Nic van der Westhuizen, who steps up from S1600.

Giniel de Villiers swops his Dakar Toyota Hilux for last year’s Imperial Toyota Auris until a third factory Yaris can be completed (probably in time for round two, the Sasol Rally in Mpumalanga in April). His co-driver will be the experienced Greg Godrich, who read the notes for Charl Wilken during the past seven seasons, the last four in an S2000 Ford Fiesta. Wilken, a former SA modified saloon car champion, is considering a return to circuit racing.

Former champions Hergen Fekken and Enzo Kuun return in the now Sasol-backed VW Polo Vivos that made a relatively subdued debut in 2013, but which looked better and better as the season progressed. Two second places by Kuun in the last three rounds and a win in the final round by the exciting young Dutch driver Hans Weijs Jnr was an ominous sign to the Ford and Toyota camps.

Weijs will not be returning, but an equally exciting young talent in the form of 18-year-old Henk Lategan will step up from the S2000 Challenge to take over the third factory S2000 Polo. 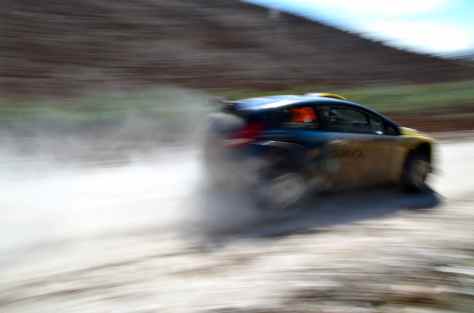 Spicing up the S2000 class and thoroughly enjoying his rallying in his senior (by rally standards) years is Jan Habig. The multiple former champion has been rejuvenated by his new privateer Ford Fiesta after years with the factory VW team. Three consecutive fourth places at the start of the season were followed by a second and a third on his way to finishing fourth in the championship, ahead of all of the factory VWs of his former team-mates. He will again have former champion Robert Paisley in the co-driver’s hot seat and has retained the backing of Basil Read.

The S2000 Challenge for the older specification four-wheel drive cars will be much stronger this season. In addition to defending champions Zulu and Peskin (VW), Dippenaar (PZN Panelbeaters Toyota) and Van der Westhuizen (SA Earthworks Toyota), several new entrants include the Team Total Auris duo of Jean-Pierre Damseaux and Mohammed Moosa, who contested the S2000 class in 2012, and class newcomers Morne Janse van Rensburg (GC Diesel VW Polo), who has moved up from S1600.

The Two Wheel Drive Championship for S1600 cars, vigorously contested last year by a host of talented youngsters and a veteran who won the championship, is set to be boosted by the arrival of more of the FIA R2B-spec cars to add to the existing Ford Fiestas and Citroen C2. There are also rumours of factory supported Polos and Toyota Etios 1600s being built this year, a bold South African initiative, which will be watched around the world.

Two Wheel Drive champion Craig Trott, the canny veteran, is Team Total’s only other representative this season and will be back in his venerable class S1600 Toyota RunX, now in its seventh season. He will have a new navigator in the form of Janine Lourens.

His main competition will include Ashley Haigh-Smith in an R2B-spec BP Castrol Ford Fiesta, who won the S1600 class in 2012. Haigh-Smith and co-driver Craig Parry will miss four rounds as they will also be contesting the Junior World Rally Championship (now called WRC-3) in a Ford Fiesta.

There were six different S1600 class winners in 2012, including class returnees Clint Weston in an R2B-spec Reef Tankers Citroen D2 and Guy Botterill (Yato Tools Toyota RunX), and the scene is set for an equally strong competition in 2013. 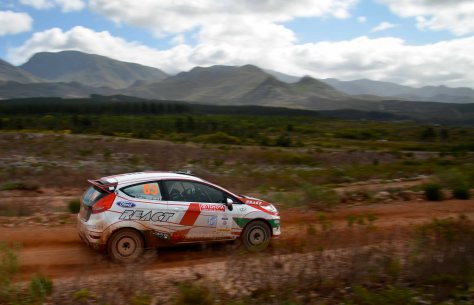