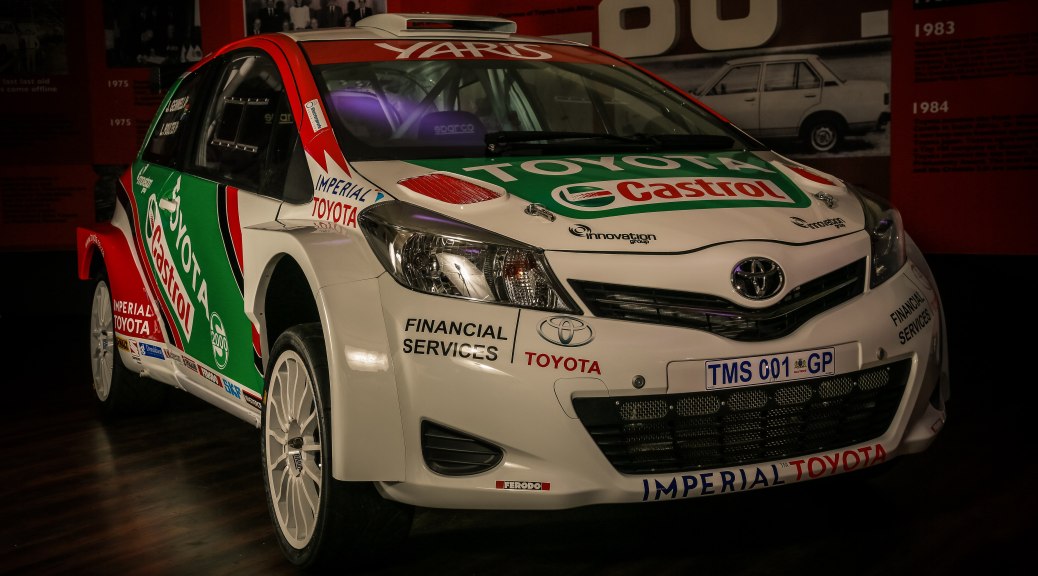 Toyota Motorsport has announced a formidable line-up of talent and experience to contest the 2013 South African Rally Championship.

Backed by the same sponsor with whom it has partnered for more than 30 years – together they have accumulated 10 national rally championships – the Castrol Team Toyota squad will sport new livery and a brand new rally contender.

The Castrol Toyota rally team has a new look about it that goes beyond the livery. While the driver/co-driver combinations remain unchanged – 2012 championship runners-up Johnny Gemmell/Carolyn Swan in car #2 and Leeroy Poulter/Elvene Coetzee in car #23 – the big news is they will be competing in a brand new car. The long-awaited successor to the Super 2000 Class Toyota Auris is the Yaris, which will make its debut in the TOTAL Rally in KwaZulu-Natal on 8 and 9 March.

It will be another first for South Africa and Toyota Motorsport, who helped pioneer the introduction of the S2000 class in South Africa in 2006 with the uniquely South African Corolla-based RunX rally car and its successor in 2008, the Auris. It will be the first Yaris to contest a national rally championship anywhere in the world and it has been designed and built in Toyota Motorsport’s Kyalami workshops.

“Currently, the Auris is 60kg over the minimum weight and this has been a major challenge for us,” said team principal Glyn Hall. “The international launch of the Yaris has changed all that. We’re in motorsport to win and this new car will give us a much better platform to work from, allowing us more scope within the rally regulations.

“It’s been a major challenge building this new rally car alongside our Dakar Rally and local motorsport commitments. The lads in the workshop have been extremely busy. We took everything we know from the Auris and designed and used all of this knowledge together with some innovative thinking to produce what I believe is a championship winner. It’s more nimble and has a much better weight distribution. We’ve gone the two-door route because of the rear design of the car, which is aesthetically more pleasing, and for practical reasons like accessibility.

“I believe this new car is exactly where Toyota wants to be,” said Hall. “It explores the limits of technology and it looks sensational. I am very excited about it and feel the same way as I did when I first saw the evolution 2013 Dakar Hilux. The whole project has been inspirational for the team.” 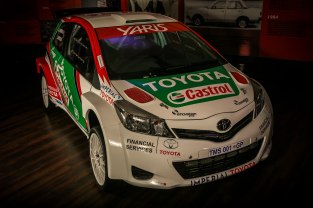 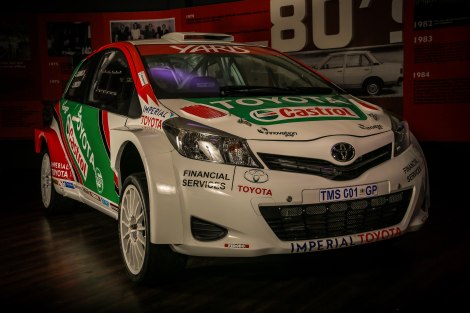