Independent studies were carried out in 2012 by the town councils supporting the Ulster and Yorkshire rallies, concluded that both events provide a significant economic boost to the local communities, business, travel and leisure industries. Taking into account both surveys, which captured spectators and teams, an average attendance of over twenty thousand people induced the local economies by £1.75m over a rally weekend. Based on this evidence, seven rounds of the BRC project a benefit to the UK economy of over £12m.

The latest report to be issued by Rally Yorkshire which was the final round of last year’s championship determined that out of the attendance 63% were by those aged between 25 and 59, a third were female and 61% of the visitors were from outside of the local region staying for an average of three nights and for 20% of spectators it was their very first rally.

Championship manager Mark Taylor said: “Information like this is invaluable to the events and the sport as a whole which is why we have made it a requirement for the each of the BRC events to work in partnership with the local authorities to carry out independent surveys in 2013.

“It is just fantastic to know that the events that make up the BRC raise in the region of £12m for the UK economy, providing much needed income to local communities and businesses in this difficult economic period.

“This information is so vital in ensuring that rallying in the UK is valued both by the local community, the authorities that help host the events, the sponsors and fan base. I firmly believe reports such as these will play a vital role in sustaining the future of the sport, especially when we start to emerge from this recession. I think the local motor clubs and thousands of volunteers who give up their valuable time should be extremely proud of their contribution.”

The first rally of the 2013 MSA British Rally Championship season is fast approaching. Rally North Wales takes place over the weekend of 6/7 April and is based in Welshpool, where the town council has been instrumental in making Friday afternoon’s ceremonial start a real attraction; proving once again the value of this type of event to the economy. 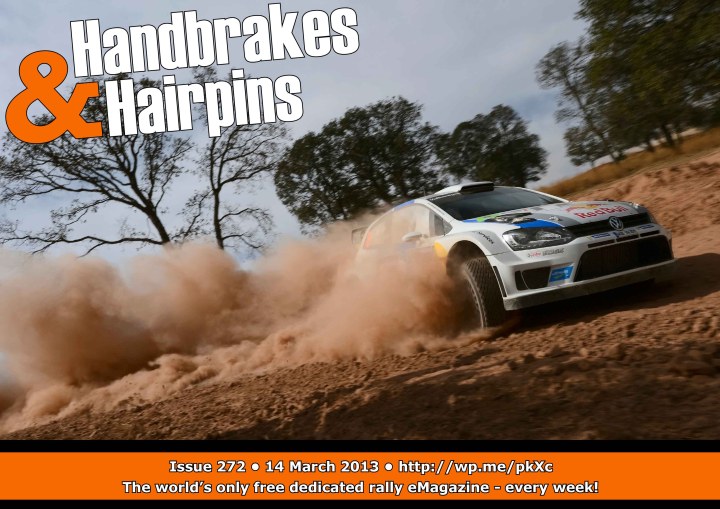