In record time former World Rally Champion Petter Solberg and his team has built a unique carbon-fibre car for RallyCross. The 38-year-old and his crew worked round the clock for two weeks to get the car ready in time for the first round of the FIA European Rallycross Championship in England, even sleeping in the workshop some. Now there is some important testing to carry out to prepare the brand-new carbon monster for a massive fight against some tough rivals.

Late on Monday, the car finally left Petter Solberg RX Team headquarters in Torsby, Sweden, for a test venue in France just outside Paris. The build of the car took exactly two weeks and one day, with the team working for at least 17 hours every day. Sleep was in short supply – and now there is the all-important test in France to get through. “It’s essential to get the car set up exactly the way we want it before next weekend’s races,” said Solberg before heading off to Paris.

The chassis and rollcage was made by Ingvar Gunnarsson Motorsports in Sweden, while Solberg’s chief engineer Simon Levett led the build of the car along with Petter Solberg himself. Bespoke parts have come in from all over the world, while a number of completely new solutions have been devised at home in Torsby. The bodyshell is made of carbon fibre, and lightweight materials have been used as much as possible inside the car. Everything is tailor-made and specifically customised to Petter’s Citroën, and this of course takes time. “So far it’s been absolutely amazing, with Simon Levett and our mechanics driving things forward. I feel so lucky to have such a fantastic team around me,” added the Norwegian. The team also recruited British engine guru Julian Godfrey to build the powerplant, which puts out nearly 600 horsepower.

The chosen test venue this week is the Circuit de l’Ouest Parisien Rallycross track, west of Paris. Once testing is over on Thursday, the Petter Solberg RX Team only has a three-hour drive to Calais and the ferry across the English Channel. Round one of the FIA European Rallycross Championship takes place at Lydden Hill in Wootton, between Dover and Canterbury in Kent, next Sunday and Monday. A new adventure begins, as Petter has never before taken part in the Supercar RX class. He can’t wait to begin. 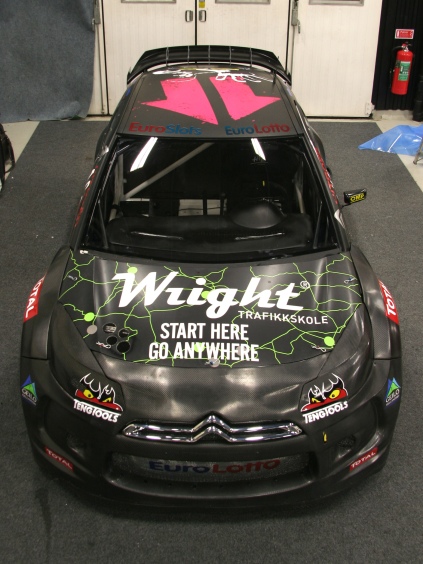 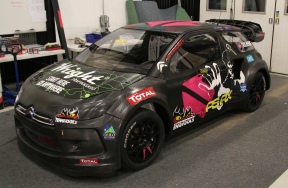 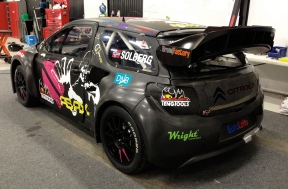 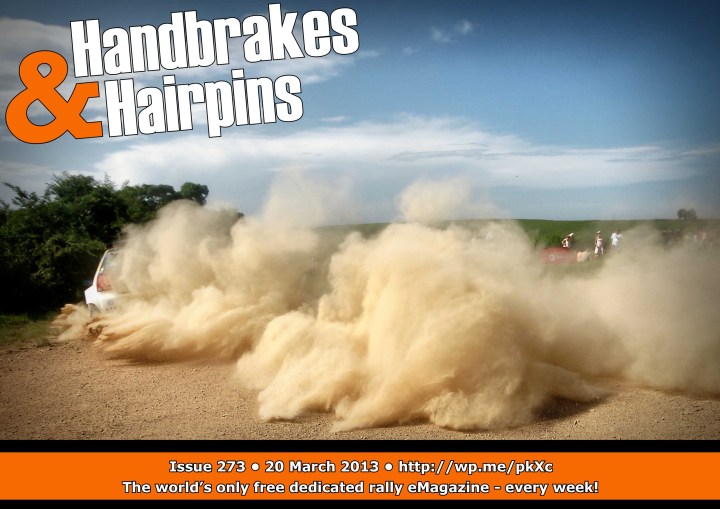