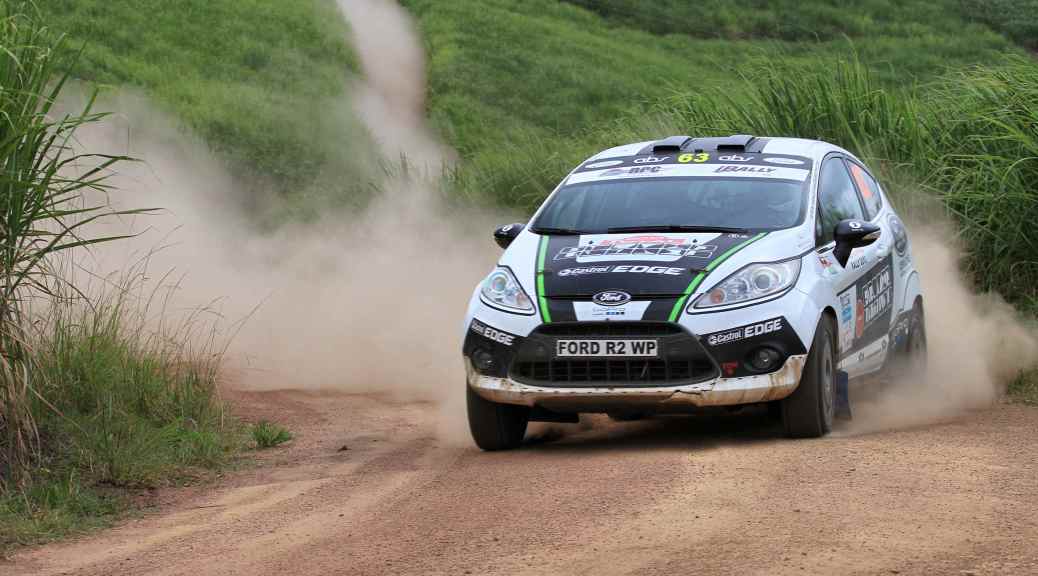 The Sasol Rally, round two of the South African and FIA African Rally Championships, takes on a distinctly international flavour as 44 entries from South Africa, Namibia, Zambia, Ruwanda and the United Kingdom prepare to tackle 15 timed special stages in and around the Mpumalanga Lowveld towns of Sabie, Graskop, White River and Nelspruit on 19 – 20 April.

Heading the South African entry and the teams competing in the top S2000 class for two-litre four-wheel drive cars are current championship leaders and defending 2012 champions Mark Cronje and Robin Houghton in a Ford Dealer Team Fiesta. They are looking for their second win in a row after taking the honours in the Total Rally in KwaZulu-Natal in March. They also won last year’s Sasol Rally.

Their main competition will come from the Toyota and Volkswagen factory teams as well as the privateer Basil Read Ford Fiesta of multiple former champions Jan Habig and Robert Paisley. Habig has won the Sasol Rally six times, but not since 2006. He and Paisley are second in the championship, four points behind the leaders after a fine second place in the Total Rally, and they will be keen to go one better in Mpumalanga.

Toyota, who last won the Sasol Rally in 2011 with Leeroy Poulter and Elvéne Coetzee, will be looking for a debut victory for the all-new Castrol Toyota Yaris, which made its first appearance in the KZN Rally. Poulter and Coetzee were fourth in the Yaris in the opening round, while team-mates Johnny Gemmell, also a previous winner of the Sasol – in 2007 and 2009 – were 10th. Giniel de Villiers and Greg Godrich, who were sixth in the season-opener in their Imperial Toyota Auris, will be making their first appearance in the third factory Yaris and will be looking to make a quick impression.

Apart from their regular rivals in the national championship, Cronje and Houghton can expect stiff competition from the English team of Matthew Wilson and Chris Patterson, who will be making a guest appearance in Cronje’s second Ford Fiesta.

Both Wilson and Patterson have experience in the World Rally Championship. Wilson, the son of Malcolm Wilson of M-Sport, the company that built and developed Cronje’s Fords, has a fourth place in the 2007 WRC Rally of Japan to his credit. Patterson is a former co-driver of WRC regular and 2003 world champion Petter Solberg of Norway.

Contesting the second round of the FIA African Rally Championship are current African Rally Championship title holders Mohamed Essa of Zambia and Greg Stead of Zimbabwe in a Class N4 Subaru Impreza WRX, Giancarlo Davite and Sylvia Vindevogel of Ruwanda in an N4 Mitsubishi Evo 10 and Jassy Singh and Dave Sihoka of Zambia in an N4 Subaru Impreza WRX. Singh is the son of former ARC champion Muna Singh.

Namibia is represented in the SA championship by Wilro Dippenaar, who competes with local co-driver Kes Naidoo in an S2000 Challenge McCarthy Toyota/PZN Panelbeaters Toyota Auris. Also hailing from Namibia is Thilo Himmel, who competes with local co-driver Armand du Toit in a Class 1600 Toyota Etios R2. The pair won the opening round in their first appearance in the Etios.

While the Himmel/Du Toit Etios will be the car to beat this weekend, strong performances can be expected from Guy Botterill/Simon Vacy-Lyle (Yato Tools Toyota RunX), who were second in the Total Rally, Ashley Haigh-Smith/Craig Parry (Castrol Ford Fiesta R2) and Craig Trott/Janine Lourens (Team Total Toyota RunX), who were third and fourth in the opening round, and Clint Weston/Christoff Snyders (Reef Tankers Citroen C2 R2).

With almost all of its 11 gravel special stages in the York Timbers forests in the Sabie, Graskop, White River and Hendriksdal areas, the Sasol Rally attracts more spectators than any other rally on the national calendar. The organisers, the South African Motorsport Club (SAM), go to a lot of trouble to identify the best and safest spectator areas, and full details of these, including directions and GPS points, can be found in the comprehensive Sasol Rally Spectator Guide. The guide is available online at www.sarallying.co.za, the official website of the South African Rally Championship, and also at the start in Sabie.

The 22nd Sasol Rally, which will be held over a distance of some 600 kilometres including 210km of timed special stages, starts in the Sabie market squareat 10h00 on Friday 19 April and ends at the Lowveld Showgrounds in Nelspruit on Saturday 20 April. 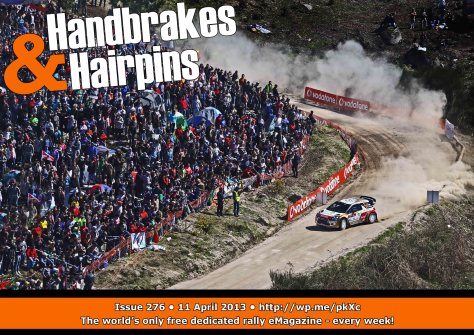