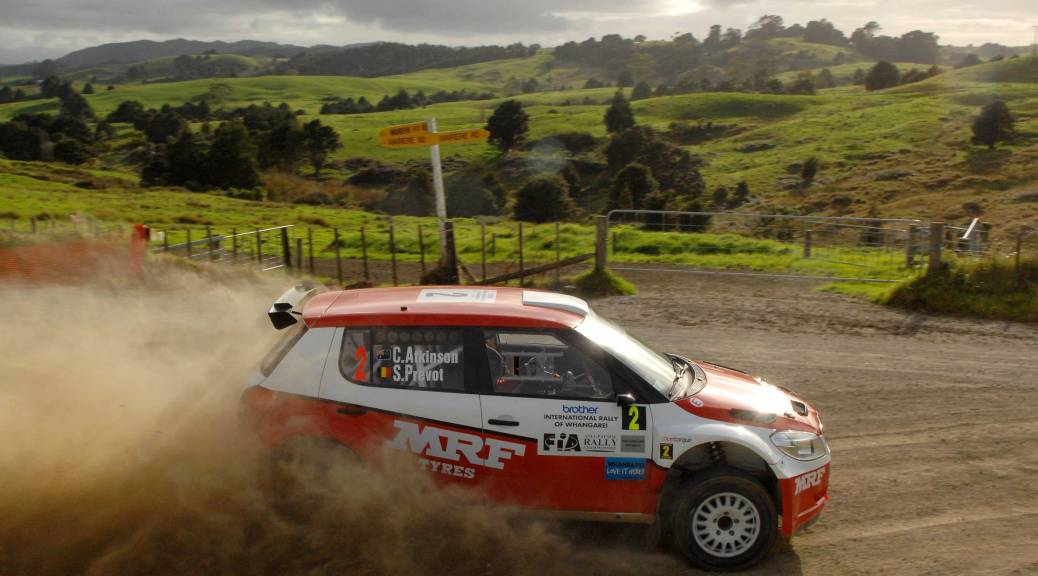 A diverse field of competitors from countries such as New Caledonia, Finland, Australia, Japan and throughout New Zealand tackle this weekend’s opening round of the FIA Asia Pacific Rally Championship (APRC) being held in Whangarei from 18 to 19 May.

The International Rally of Whangarei is the first of seven rounds for the 2013 APRC title and also runs as the second round of the Brian Green Property Group New Zealand Rally Championship (NZRC).

Contenders have a journey of 730.40km that covers the fast flowing roads of the greater Whangarei and Kaipara districts. Contested over 16 special stages cars vary from the latest model to early era variants competing to set fastest time for the lure of championship points and glory.

Heading the line-up that begins with a ceremonial start at Whangarei’s Cameron Street Mall from 4:30pm Friday is Finnish pairing Esapekka Lappi and co-driver Janne Ferm. Driving a factory backed ŠKODA Fabia Super2000 specification car it is the 22-year-olds first time to New Zealand and roads made famous by prior rounds of the World Rally Championship. Part of the two-car MRF Tyres team, Lappi says he is looking forward to driving over roads regarded as similar to those of his home country: “Yes, for sure it’s a very nice opportunity to get more experience at many different kinds of rallies, and also to get to know those roads and conditions on the other side of the world. I can’t wait!”

Arriving early in the week to acclimatise and de-jet lag Lappi and Ferm have small goals in mind having not yet worked with the team and the car.

“I think this first event will be in a way a ‘running in’ thing. Everything is new, and this is first time for me when I fly to a rally overseas. So hopefully everything goes well and we could get good points from there. I am really looking forward to it!

Driving the second car will be India’s Gaurav Gill, joined by New Zealand based Australian born co-driver Glenn Macneall. A regular to the series and New Zealand, the pair will start second car on the road, behind Lappi.

Third car away will be Queensland pairing Matt van Tuinen and Erin Kelly driving a production specification Subaru STI. They are also dual entered to the Brian Green Property Group New Zealand Rally Championship – although the majority of van Tuinen’s peers will run behind the international specification cars in a separate field.

There are a number of first-timers to the event and the region’s roads. Japanese pairing Hiroshi Asakura and co-driver Takumi Takahashi are backed by performance car part brand Cusco, bringing a Subaru STI to New Zealand for their first full season in the APRC.

New Caledonia based Frenchman Claude Clavel also joins the APRC for his first season with countryman co-driver Phillipe Delrieu. Using a Mitsubishi Lancer Evo 9 run by New Zealand based Team Ralliart it will be Clavel’s first time at the Whangarei event, although he did traverse some of the region during last year’s Rally New Zealand.

Perth based 20-year-old Kiwi Michael Young will be first two-wheel-drive on the roads. Joined by Tasmania’s Daniel Wilson the pair has big ambitions for the season as they debut the Cusco backed Toyota Vitz (known as the Yaris in New Zealand). Contesting the Pacific Cup sub-category, that they won the New Zealand round of in 2012, the pair intend on furthering past results and experiences and completing the four rounds scheduled for 2013.

In direct competition to Young and driving the event for the first time will be Japan’s Yuya Yamamoto with co-driver Kohei Izuno. Yamamoto will drive the only Proton entered for 2013 after the shock and recent withdrawal of the factory supported top two-car team.

Stepping up to a four-wheel-drive Subaru, India’s Sanjay Takale starts his second season in the APRC by journeying to New Zealand and the quest for improved results.

“I am up for the challenge,” says Takale. “My biggest competitor will be Hiroshi Asakura of Japan from Cusco Racing. If I do well, it will be a confidence booster for my future plans.”

Of the 16 teams in the international portion of the field four of them are dual entered to the Brian Green Property Group New Zealand Rally Championship – due to their car eligibility. Included are two of the latest specification R2 Ford Fiesta’s of Christchurch’s Josh Marston (co-driver Mal Peden) and Tauranga’s Phil Campbell (co-driver Venita Fabbro). Mt Maunganui based David Holder (co-driver Josh Theobald) is in an earlier generation Fiesta.

Nelsons Ben Hunt and co-driver Tony Rawstorn, currently third overall in the NZRC standings are entered in their Subaru STI.

The rally itself gets underway on Friday 17 May with a pre-event autograph session in the Cameron St mall from 3:30pm. The cultural welcome and ceremonial start begins at 4:30pm with all the competing crews and cars taking part before being parked for the night ahead of Saturday’s action. Leaving Whangarei from 8am the route takes competitors over roads around Parahi in the south-west, Waipu Caves and Brooks – including the ‘Hella’ jump on Swamp Rd. They return to Whangarei for the brand new 1.25km Pohe Island ‘Super Special’ stage before a 20minute service break at the Town Basin. The route is repeated in the afternoon with the cars then parked overnight following the service break.

Sunday begins at 6:55am and heads south through Waipu Gorge and on to Marohemo and Batley road, visiting Paparoa and Cassidy road before returning to Whangarei for a 20 minute service break. The teams repeat the stages in the early afternoon, returning to the Quayside Town Basin for a ceremonial finish from 3:15pm. 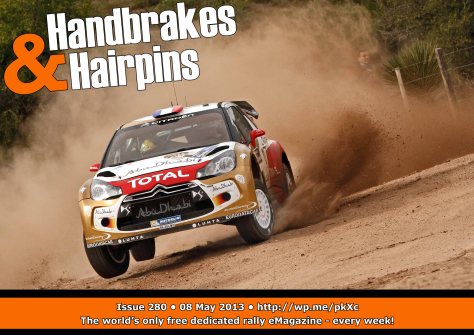