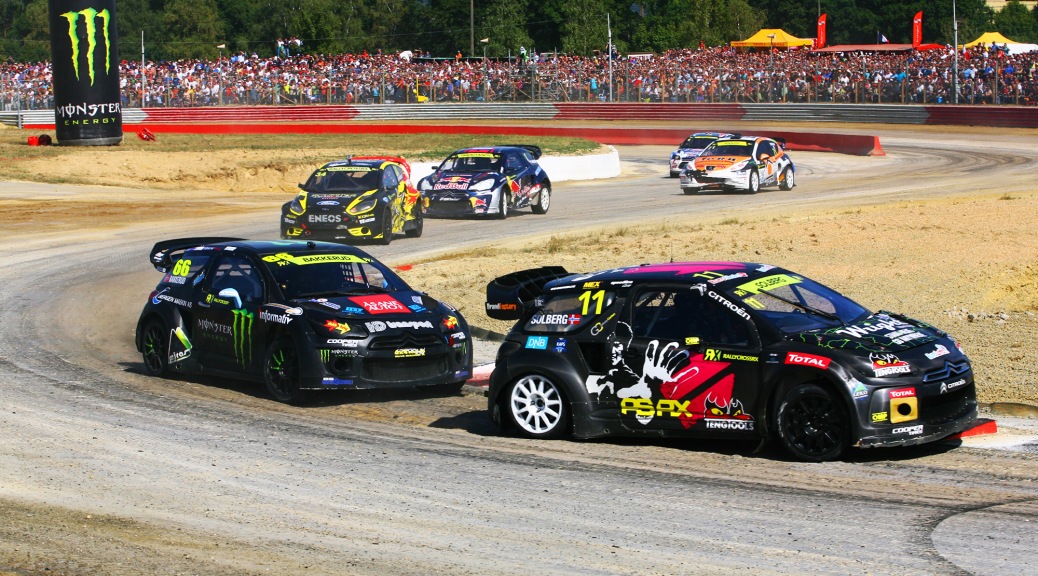 The dust – quite literally – has settled on the seventh round of the European Rallycross Championship, where Petter ‘Hollywood’ Solberg finished second, beaten only by his fellow Norwegian Andreas Bakkerud.

And among the people who Petter beat were nine-time World Rally Champion Sebastien Loeb, who didn’t make it through to the final – and Citroen WRC star Kris Meeke, due to represent the French manufacturer on Rally Australia next week.

After storming through all the heats, Petter once more came so close to clinching his first win in rallycross, since signing up for the new-look European series at the start of the year. But although he didn’t quite make it, he still put on a great show for the crowd. And that’s why they call him ‘Hollywood’. We caught up with him to find out how it all went…

Q: Petter, you came so close to doing it in the final: what happened?
Hollywood: “I had a great start and I was actually leading the final, but I knew that both my rear tyres were badly worn: Loheac is quite an aggressive surface as it is basically mostly asphalt. So what happened was that the rear of the car started to step out too much and too soon. From then it was only a question of Bakkerud getting better grip and passing me.”

Q: So are you more pleased to finish second or disappointed not to win?
Hollywood: “Definitely more pleased to get this result in the bag! Couldn’t you tell that when I was jumping out of the car? Have a look at the photos below and you’ll get the idea… Seriously, everyone so deserves it. I can’t tell you how hard our guys have worked to get us to this point. As a team, it’s the most difficult thing we have ever done by quite some margin. It’s very hard to win in your first year, but we’ve come so close, after making our own car with absolutely zero past experience.”

Q: When’s it going to happen?
Hollywood: “Well, there are two rounds left to go this year and we’re going to be trying absolutely everything at both of them. I feel more and more confident in the car all the time, because all that hard work is paying off. We’re going to get that win at some point soon. It’s only the little details that have to come together now.”

Q: And it was a good weekend for Norway!
Hollywood: “Yes, it’s funny how when we have all these big international stars here – it was really fun to compete against Sebastien Loeb – two guys from Norway end up getting the top spots! Congratulations to Andreas: he’s a great guy and he did a really good job. And I have to say the crowd were fantastic: it was a real pleasure to come here and do this in France. I think this weekend showed how competitive rallycross really is.”

Q: How do you think the sport of rallycross is doing internationally, now that ‘Hollywood’ has joined the party?
Hollywood: “Look at the number of fans! That says it all. But I don’t think we’ve seen anything yet really. It’s going to be really interesting to see how the sport develops as it probably goes worldwide from next year. I’ve always been convinced that the potential is huge: it’s made for TV. And look at the sort of names investing here: IMG, Red Bull, Monster…it’s all unbelievably impressive.”

The next (and penultimate) round of the FIA European Rallycross Championship takes place in Greinbach, Austria, from 14 – 15 September. 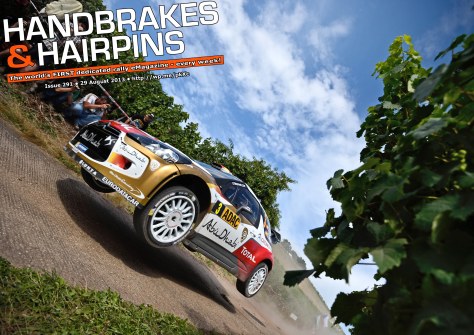