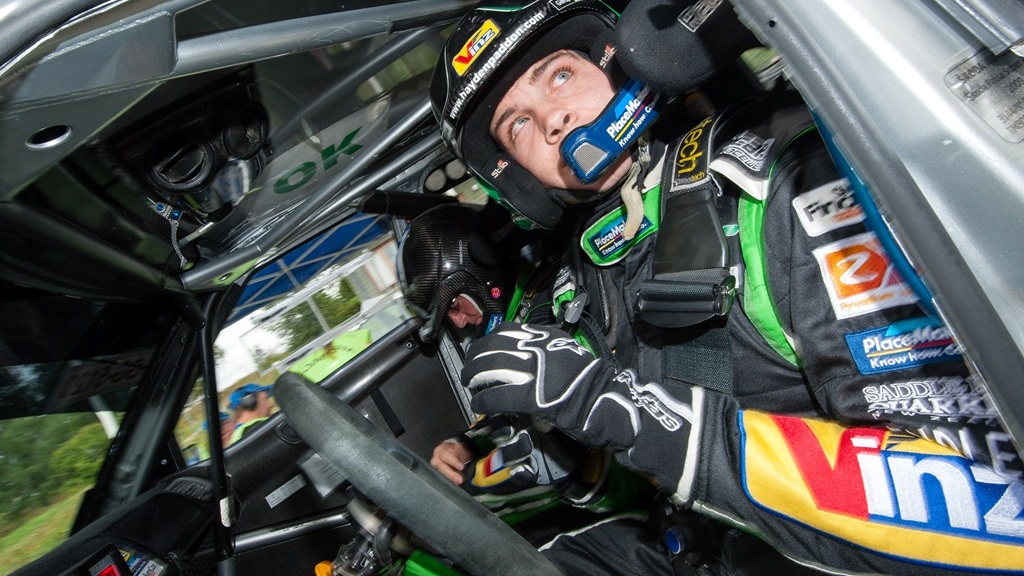 Hayden Paddon and John Kennard step up to full World Rally Championship competition in October with confirmation that New Zealand’s top rally pairing has secured the opportunity to compete behind the wheel of a Ford Fiesta RS WRC at Rally de Espana.

Paddon and Kennard will compete for the Qatar M-Sport World Rally Team, running in full factory colours as part of the M-Sport team.

It’s the first time Paddon has competed in a full world rally car and the 26-year-old also becomes the first New Zealander to compete in a new generation WRC model.

“To say I’m excited is an understatement, but I am also focused on ensuring that we make the most of this opportunity,” says Paddon at home in Geraldine, South Canterbury. “I don’t want to just be in a WRC car for a one off event, this is what I want to make my career out of.”

The opportunity to drive a WRC car in full competition is one Paddon and his management team have been chasing for some time. The 2011 FIA Production Car World Rally Champion says the chance came up following his most recent international event, WRC Rally Australia, where he was setting times faster than some WRC competitors while driving a less powerful, Super 2000-spec model.

“After some discussions, we were offered this great opportunity and it’s amazing to finally get our chance in a WRC car. While it has been a lot of hard work over the past few seasons to get to this point, we are conscious that the level of hard work will in fact increase even further as this is very much our chance to try and showcase what we can do to ultimately move further forward in the sport and towards 2014.”

Paddon and his Blenheim-based, long-term co-driver John Kennard aren’t strangers to the Spanish event which mixes two days of tarmac with a day of gravel stages.

Paddon’s keeping the goals relatively straightforward: first, he aims to finish the rally in order to gain experience. In addition, he aims to secure some top five stage times, mixing it up with some of the best drivers in the world, Sébastien Ogier, Mikko Hirvonen and Jari-Matti Latvala as well as fellow Qatar M-Sport drivers Mads Østberg and Thierry Neuville.

Paddon will have the benefit of a small test with M-Sport prior to the 24 to 27 October event, trying the 300 hp, 1.6-litre turbo-charged Fiesta on both gravel and tarmac.

“Naturally I want to be competitive and will be giving it our utmost to set some good stage times. However it is also important to make sure we finish the rally to gain as much experience behind the wheel of a WRC car for the first time,” Paddon says, having contested just three events in 2013 due to a limited budget. Their results in the new WRC2 category in a S2000 Skoda, against the faster RRC and R5 models, must have played a part in creating the opportunity to drive a WRC car – third in WRC2 on Finland’s famous high-speed ‘yumps’ and Germany’s tight, twisty vineyard roads, then fifth in class in Australia with some WRC competitor-matching times.

“Ultimately we are trying to market ourselves for 2014 and this amazing opportunity to compete in a Fiesta RS WRC with such a respected team as UK-based M-Sport gives us that chance.

“I cannot thank everyone in New Zealand enough, from our partners and shareholders, who are behind me all the way, to my family, friends and fellow competitors. Everyone has had such a big part to play and now we have our chance.” 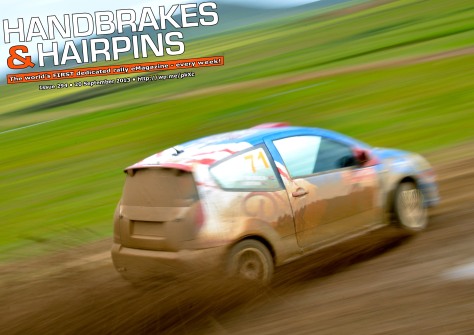