Just when we thought we couldn’t get any more pumped about 2014, the “chief-tyre-slayer and head Hoonigan in charge” Ken Block has thrown it down with an epic season schedule and a fresh new graphics package to match.

Set to tear it up in all four corners of the globe, Block will be taking on everything from Gymkhana GRID, to RallyCross, and WRC rallies in his legendary Hoonigan Racing Division Ford Fiesta.

“I’m stoked with how the new liveries for my Ford Fiestas have turned out, as well as the race schedule we’ve been able to put together for 2014,” Block said. “Once again I’ve been fortunate enough to put together a highly diverse schedule that has me going around the world.

“I’m competing in the full Global RallyCross Championship, doing a handful of Rally America events, competing in a WRC round in Spain, doing the Monza Rally Sprint for the first time ever with Valentino Rossi as a teammate, returning to the Monster Energy Gymkhana GRID finale in Madrid, heading back to Japan to do more Gymkhana demos and, most interestingly, racing in three of the World RallyCross Championship rounds for the first time ever. I’m pretty sure nobody has a better job than me this year!”

To top things off, Block, and the elite design team at Hoonigan Racing Division, have created a new livery for his ride. Mixing up animal print and retro computer graphics, the new design will give the car some serious pop both on and off the track, as well as be incorporated across signature products from Hoonigan, SPY, and HPI R/C cars.

“Every year I’m challenged with outdoing my livery from the season before,” explains Ken. “Luckily, I think we were able to do it once again. This year’s livery mixes animal pattern and 8-bit, which I love. We’ve come up with a sort of digital zebra graphic that I think is awesome and also brings me back into that familiar black and white colour scheme I had starting back in 2010. I think the fans are going to enjoy this look.” 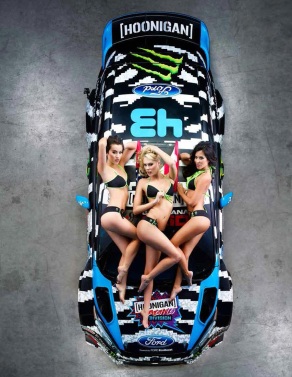 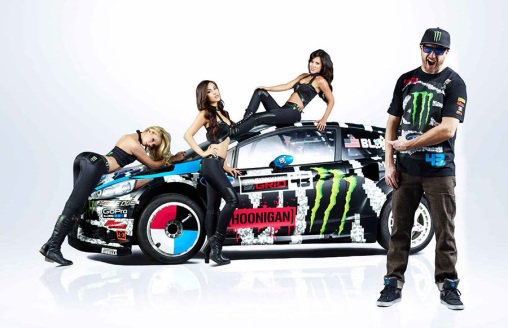 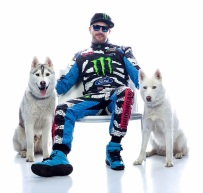