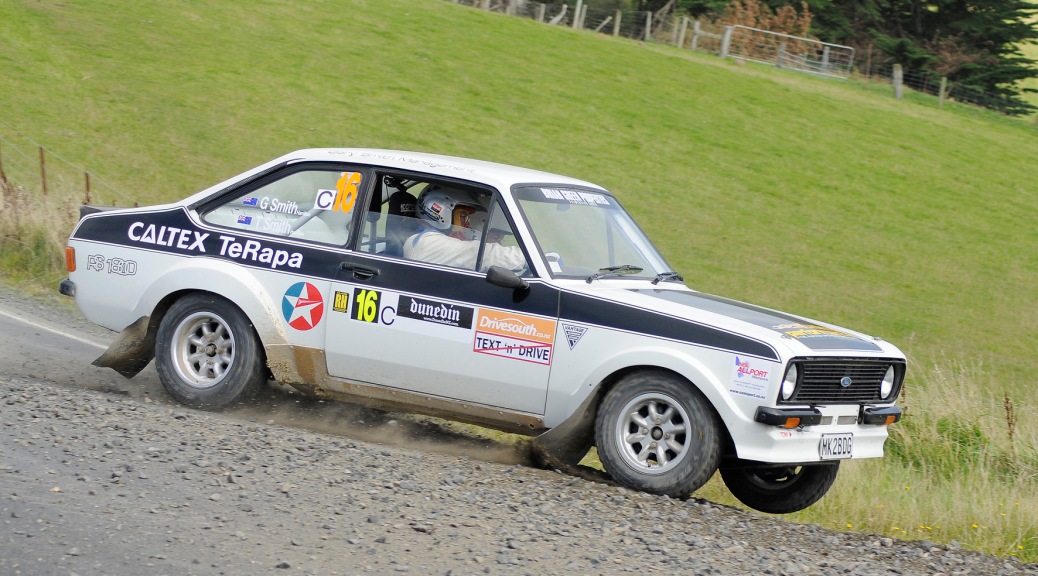 Smith is no stranger to similar events, having competed in the reverse version in 1993 with expat Graham Lorimer, then also in a Ford Escort, where the pairing led the event for most of its distance until succumbing to delays in the Australian outback and finishing 5th outright.

Smith said: “I was talking to Aussie Keith Callinan (who is also competing in a Ford Escort) and he persuaded me that life is too short to not do the event, so we lodged and entry and we will be part of the John Giddings Memorial Trophy gravel section, which takes competitors from the start in Sydney, across Australia to Perth.”

The first leg of Sydney to London event which starts on April 12th will cover nearly 8000kms of some of the most remote parts of the Australian outback, before finishing in Perth after 12 days covering some 33 competitive stages.

Smith added: “The second section after flying the cars from Perth to Ankara in Turkey is all tarmac stages to the finish the UK, and doesn’t hold as much interest, so we’ll give that a miss. The Aussie section will be a tough enough experience, and we don’t have the budget to do it all anyway.”

Despite some early interest from other New Zealand teams, it looks like Smith and Ford will be the only kiwi representation. “It is a huge exercise, with the logistics of shipping the car, organising accommodation, service crew vehicles, and I have to get fit again for the long days of driving,” Smith said.

Smith says: “Age is catching up with my competitive days, but despite that I don’t expect it to be a gentleman’s event, and a respectable top 10 finish in Perth is very achievable, but with much of the competition made up of Aussies who are more familiar with the terrain, it will be a tough ask.”

Smith who is a director of the local marathon event the epay Silver Fern Rally added: “I need the car back for the Silver Fern event here later in the year, but the opportunity to promote our event to the Australians was additional incentive to be part of their adventure.”

Smith’s rallying history goes back to the mid 1970’s when he was teamed with 1982 National Champion Tony Teesdale, before embarking on his own career in a Ford Escort. Later Smith was instrumental in bringing some iconic cars and drivers to New Zealand shores, including the Motogard Opel Manta 400’s, ex world champion Stig Blomqvist in the Ford Sierra XR4x4, as well as the late Colin McRae and his father Jimmy in Sierra Cosworths.

More recently Smith and a dedicated team have embarked on recreating the days of old rallying with Historic and Classic 2wd cars in New Zealand’s own marathon epay Silver Fern rallies.