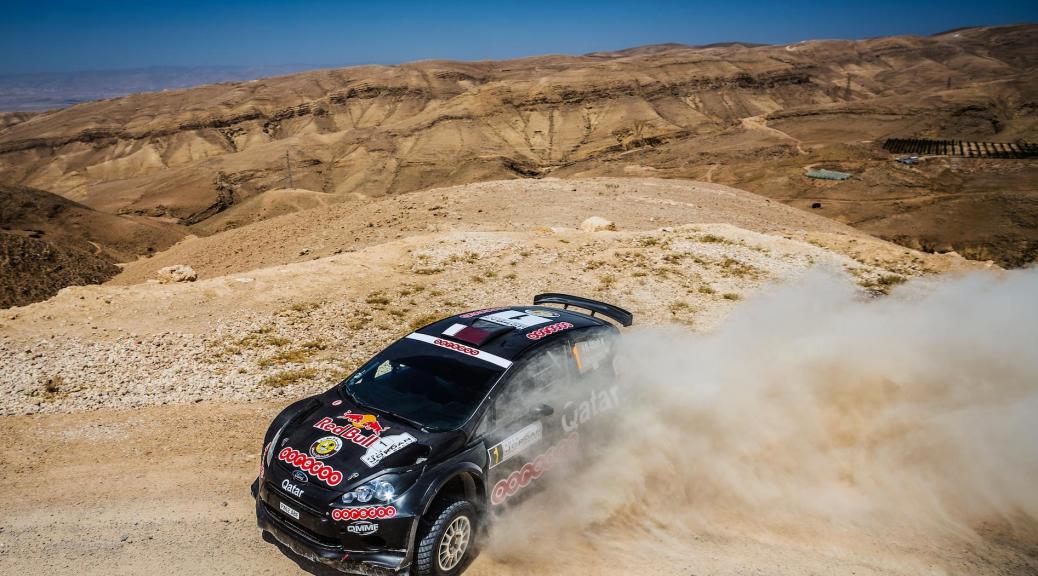 Qatar’s Nasser Saleh Al-Attiyah and Italian navigator Giovanni Bernacchini stormed to an emphatic victory in the 2014 Jordan Rally, round three of the FIA Middle East Rally Championship (MERC), which finished at the Dead Sea after 21 timed special stages on Saturday afternoon.

The success was Al-Attiyah’s eighth in Jordan and his 53rd in MERC history. “We had a strategy and it worked,” said the delighted Qatari, who now has a 24-point lead in this year’s title race with three rounds remaining later in the year.

“The first couple of stages included some sections that had been used already and I was a little cautious because of the varying degree of grip, but I got into my rhythm after that. This is another tremendous win for our team. It is developing into a superb season now. I just need to keep the momentum going.”

Bernacchini’s fourth Jordan Rally success marked his 24th regional rally victory and he duly equals Chris Patterson’s record as the joint second most successive co-driver of all time in the MERC behind Irishman Ronan Morgan.

Both he and Al-Attiyah headed straight from the finish podium to the Queen Alia airport in Amman to catch a flight to Dubai and a connection to Buenos Aires in readiness for next week’s WRC Rally of Argentina.

The battle of the final day involved Abdullah Al-Qassimi and Marouf Abu Samra. A one-minute time penalty for Al-Qassimi swung the pendulum in Abu Samra’s favour and the pair traded times and third and fourth places all morning. But Al-Qassimi hit back and snatched the final podium place on the final two stages. Kuwaiti driver Salah bin Eidan was a close fifth in his Ford Fiesta R5.

The Jordanian duo of Husam Salem and Nancy Al-Majali dominated the competitive Group N category in their Mitsubishi Lancer Evolution VIII and reached the finish in a superb sixth overall. WRC 2 regular Ala’a Rasheed slotted into seventh place in a Ford Fiesta RRC and Ala’ Khalifeh restarted day two under SupeRally and climbed back to eighth overall.

Abu Dhabi’s Mohamed Al-Mutawee and Stephen McAuley led the Junior and 2WD categories from start-to-finish in the first of five DS3 R3s. The duo finished ninth overall and 23 minutes ahead of rivals Saeed Bintowq and Allan Harryman to seal their third successive victory in the Abu Dhabi Racing-Citroën Middle East Trophy.

Kuwaiti Group N driver Meshari Al-Thafiri rounded off the top 10 and continues to lead the championship’s showroom category. Qatar’s Nada Zeidan brought up the rear of the field in 19th place.

Day 2 – as it happened:
Numerous problems including overheating and brake issues, were rectified for Ala’ Khalifeh and Nada Zeidan, respectively, and the pair rejoined the 16 surviving drivers for day two of the Jordan Rally alongside Mohamed Al-Sahlawi. Khalifeh slotted into 11th position and Zeidan and Al-Sahlawi were 18th and 19th overall.

Two loops of five stages were planned and the 15.18km of the Shuna stage was first on the agenda. Khalid Al-Qassimi won the test and reduced Al-Attiyah’s lead to 1min 07sec, but Abdullah Al-Qassimi incurred a one-minute time penalty for clocking in early at TC12 and was overhauled by Abu Samra, who set the third fastest time.

A run through Al-Karama was next on the cards and Al-Qassimi trimmed the Qatari’s lead to 61sec with another fastest time. Abdullah Al-Qassimi ran a useful stage and regained third from Abu Samra by 10 seconds, but Abdullah Al-Kuwari lost eighth place on the link section before SS12 with a damaged radiator.

“We hit a bank at the start of the stage and finished the special and realised that we had damaged the radiator and we could not continue,” said co-driver Nicola Arena.

Al-Attiyah put a stop to Al-Qassimi’s stage time wins and increased his lead by 4.5sec through Rawda, while Abu Samra dug deep to regain third overall from Abdullah Al-Qassimi. Just 2.1sec separated the Ford and the Skoda heading to the 15th stage at Turki.

Al-Attiyah had the bit between his teeth and he extended his advantage to 1min 15.2sec in Turki. Abu Samra continued to edge clear of Abdullah Al-Qassimi and there was over half a minute between the duo at the start of the Baptism Site stage – SS16.

Al-Attiyah reached service with a lead of 1min 23.2sec, but Al-Qassimi was upbeat after the morning’s five stages. “We made some changes to the car and we can see from the times this morning that they worked and we won two specials. I lost my rhythm a little on the last two, but we are still there fighting.” Abdullah Al-Qassimi’s reduced Abu Samra’s hold on third to 29.8sec.

The five stages were repeated on Saturday afternoon and Al-Attiyah was intent on settling the contest earlier than anticipated. He added 12.7sec to his lead through Shuna 2 and headed to Al-Karama 2 with an advantage of 1min 35.9sec. Abu Samra edged a further 3.3sec clear of Abdullah Al-Qassimi in the battle for third.

Al-Attiyah’s eighth Jordan title since 2003 beckoned ever closer after Al-Karama. The Qatari won the special by 9.6sec and extended his advantage to 1min 45.5sec, as Abdullah Al-Qassimi closed to within 15.8sec of Abu Samra’s third place.

Rawda 2 brought Al-Qassimi his third stage win of the day and Al-Attiyah headed to Turki 2 with a lead of 1min 44sec. Abdullah Al-Qassimi overhauled Abu Samra once again in the thrilling scrap for third.

The leading duo both eased their pace in Turki 2 and Al-Attiyah won the special by 9.1sec and headed for the final 11.75km of the Baptism Site special with a lead of 1min 53.1sec. Abu Samra was not to be denied, however, and the third quickest time lifted him to within 4.6sec of Al-Qassimi with one stage to go.

There were no late dramas for Al-Attiyah in securing his eighth Jordan Rally win and Abdullah Al-Qassimi held on to take third place, with Husam Salem winning Group N for the host nation. 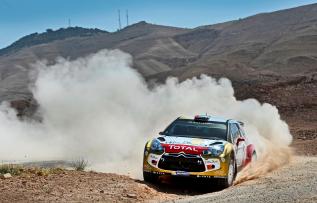 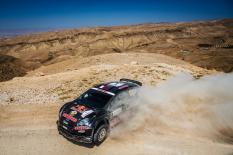 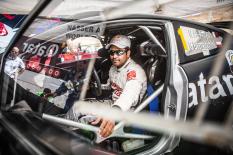 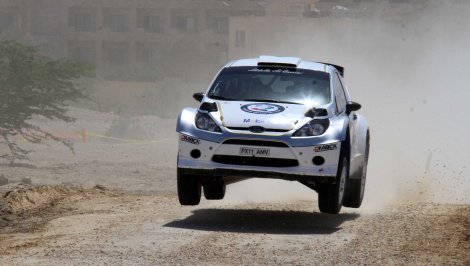