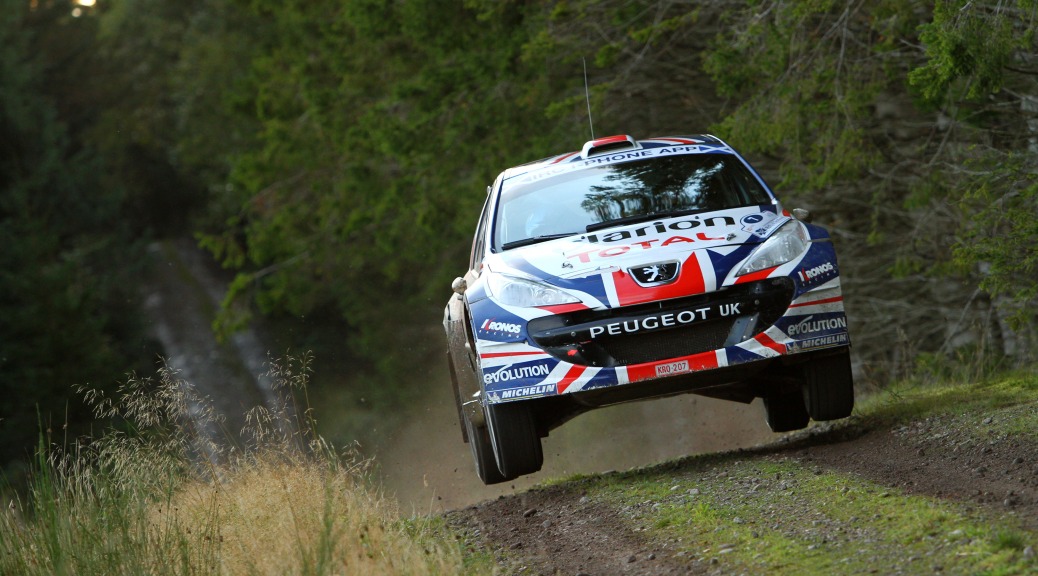 Here’s a video of Kris Meeke going head-to-head with Guy Wilks in the Intercontinental Rally Challenge series… A fantastic display of driving skill from both! 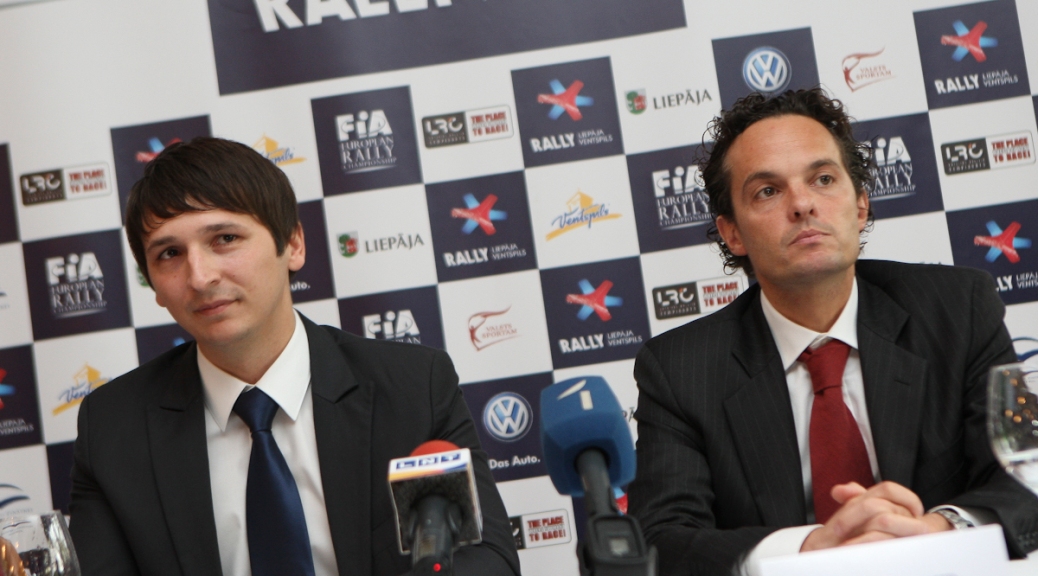 Just two weeks ago the rallying world waved good-bye to the Intercontinental Rally Challenge (IRC), and immediately plans for new European Rally Championship (ERC) were started. Organizers of the IRC, Eurosport Events, will be responsible for the revised and renewed ERC for next 10 years, and they promise a brand new approach to this Championship.

Compared to previous ERC, the new-look 2013 series might feature fewer rounds one the calendar, but it has more consistency and new additions to the rallying world to enjoy. For these 13 rallies, some “big name” events have been lost and some new countries have appeared on the list: we here in Baltics are especially proud of the inclusion of Rally Liepāja-Ventspils in 2013 ERC. Considering the high level of rally organization in Latvia, we can promise a great and safe event!

Before the final ERC calendar was finalised, a press conference was held in Riga where the inclusion of the Latvian Rally Liepāja-Ventspils in ERC as the season’s second round and first gravel/snow event was announced. In this press conference, the IRC Commercial Director Mr. Antonello Ledoletti spoke about the visions of revised ERC.

Q: How much of the IRC philosophy will you keep in ERC?
AL: “Basically we’ll keep all our philosophy and more. The same passion, with more and more passion. We’ll keep our experience in IRC, our business model to realize it in the fantastic European championship. We want to say that this won’t be a switch [from IRC to ERC], but this will be real takeover. We are sure that it will be good for teams, for drivers, for everybody, as in the end it will be a true European Rally Championship title. We will transfer all our experience from the IRC to the ERC.”

Q: Taking in account that there will be just 13 events in ERC, you will create fierce rivalry between rallies. How are you going to judge them, as Rally Liepāja – Ventspils never will be like Rally Monte Carlo, for example?
AL: “A lot of elements will be taken in consideration: local promoter, support from local authorities, support from sponsors, and government. And, last but not least, the beauty of the country. Don’t forget that rally is also about landscape: in TV that looks spectacular. For Latvia, of course, we have fingers crossed for snow, then this rally will be even more spectacular.”

Q: Will this new Championship be driver-dedicated?
AL: “Our intention is to follow the same mentality of the IRC and also to make the ERC open for new and young drivers, but also for the stars that wants to participate. We’d like to have the same open-minded approach to receive all the teams and drivers, and why not to make new stars as we’ve done until now for the future. ERC will be a championship for teams and drivers, not car manufacturers.”

Q: What about cars and classes?
AL: “We are open to all classes as out interest is to have more participants. We want to be open for teams, drivers, everyone. Of course there are sporting regulations, but we will try to maintain this with he FIA.”

Q: Are you satisfied with TV viewers’ interest for rally?
AL: “The audience of the IRC has reached more than 120 million houses in Europe and everything looks fine for rallying with this new deal with the FIA. Last year we had more than 100 million of viewers all around the world.”

Q: Are you planning to continue to broadcast live stages?
AL: “Yes, we’re planning to do that. But unfortunately, not from the Latvian rally. As you can understand, this is a very huge involvement from us with a lot of matters, first of all, financial, so for the moment just some stages from some rallies will be live.”

This year’s Intercontinental Rally Challenge (IRC) is set for a thrilling climax with four events of the all-action series remaining including Rally Sliven, an exciting addition to the IRC schedule for 2012.

Following this week’s Prime Yalta Rally in Ukraine, where crews are currently completing their final preparations prior to the competitive action getting underway this Friday (14 September), the IRC will make its first visit to Bulgaria from 28-30 September.

Rally Sliven represents an intriguing prospect for IRC regulars and newcomers alike. New to the series for this season, the event is a mainstay of the Bulgarian national championship and part of the FIA European Rally Cups. It features technical asphalt stages in the mountains around Sliven, Bulgaria’s eighth largest city, with altitudes ranging from 250 metres to 1100 metres above sea level. Some runs feature an altitude variation of 600 metres. Two legendary downhill tests, Bulgarka and Stara Reka, are back on the itinerary for the first time in 20 years, while the popular Sliven superspecial stage, based in a park in the city, will attract thousands of spectators.

“Fans from throughout Bulgaria will gather around the stages and create a great atmosphere for the competitors, who will quickly find out how challenging the stages are,” said Atanas Chanev, the Deputy Clerk of the Course. “There are uphill sections followed by steep and technical downhill parts. Every stage has its specific grip and even on some stages the amount of grip changes in almost every corner. Rally Sliven will be the most interesting motorsport event in Bulgaria this year and a lot of people will come and be part of our debut in the IRC.”

Entries close on Thursday 20 September and more details are available at http://www.rallysliven.com.

Rally Sliven: key features
*Ceremonial start in Sliven on Friday 28 September
*Superspecial stage in host city, one of 13 asphalt runs over competitive distance of 197.32 kilometres
*Technical stages based in the mountains above Sliven, 300 kilometres from Bulgaria’s capital, Sofia
*Finishing podium at 14:30hrs local time on Sunday 30 September
*Day-by-day highlights and Inside IRC magazine programme on Eurosport

Rally Sliven is round 11 of the 13-event IRC season. The series concludes with Rallye Sanremo in Italy from 12-13 October and the Cyprus Rally based in Pafos from 2 – 3 November.

Yağiz Avci has entered the record books as the first Turkish driver to win a round of the Intercontinental Rally Challenge since the all-action series begun six years ago following his success on the Prime Yalta Rally in Ukraine yesterday.

Piloting an M-Sport Ford Fiesta S2000, the three-time Turkish champion reached the finish on the banks of the Black Sea more than three minutes ahead of his closest rival. A sterling performance from start to finish enabled Robert Consani to clinch the runner-up spot, as well as the first IRC podium for French manufacturer Renault. His maiden top-three plus an IRC Production Cup and IRC 2WD Cup double earned Consani the prestigious Colin McRae IRC Flat Out Trophy. END_OF_DOCUMENT_TOKEN_TO_BE_REPLACED